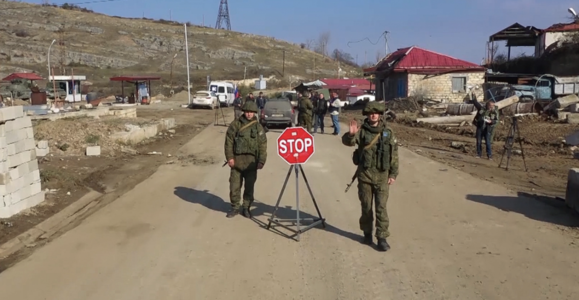 Opinion: Armenia’s endgame in the aftermath of the 2020 Karabakh war needs to be clarified

Still recovering from the war, it is not yet clear what Armenia's strategy is for Nagorno Karabakh. Without a coherent and consistent policy from the Armenian government, Armenia may lose what it retains of the enclave, warns Benyamin Poghosyan in this opinion piece for KarabakhSpace.eu.

Almost four and half months after the end of the 2020 Karabakh war, Armenia has not yet recovered. Society is grappling with lingering questions about the reasons for the staggering defeat. The fate of the remaining Armenian prisoners of war in Azerbaijan, whose POW status Azerbaijan refuses to accept, is a top priority.

The ongoing de facto border demarcation process in the Syunik region, and looming demarcations in other regions, have put additional stress on society. The current political crisis and upcoming June 20, 2021, snap parliamentary elections do not help restore stability. Different political forces actively discuss possible changes in the electoral code, and even the possibility of making some amendments to the Constitution before the elections. However, apart from the daily ups and downs of politics, Armenia faces a bigger task: that of clarifying its stance on fundamental issues regarding the new status quo in Nagorno-Karabakh.

The first among the long list of uncertainties is Armenia's official view on the territories taken by Azerbaijan during the 44-day war. The parliament of the unrecognised Artsakh (Nagorno-Karabakh) Republic recently adopted a special statement declaring all territories taken by Azerbaijan as occupied lands of the Artsakh Republic. In its statements, the Armenian ministry of foreign affairs refers to the necessity of de-occupation of Artsakh lands as a condition to a lasting and sustainable solution of the conflict. However, there is a lack of clarity on what Armenia means by this. Does it apply to the former Nagorno-Karabakh Autonomous Region's territories currently under the Azerbaijani control (Shushi, the entire Hadrut region, and parts of Martakert, Askeran, and Martuni regions), or does it apply to all territories which were under Artsakh’s control before the 2020 war?

Another significant issue is Armenia's views on the status of Artsakh. Armenia has not recognised the independence of Artsakh, ostensibly not to ruin the negotiation process under the auspices of the OSCE Minsk group. The key topic for negotiations in that format was the status of Artsakh, and Armenia thought that by recognising its independence, it could be accused of destroying the negotiation process. We may also assume that Minsk Group Co-chair states strongly advised Armenia not to do so.

However, the Armenian authorities were always stating that if Azerbaijan abandons the negotiations and starts a large-scale war, Armenia would immediately recognise the independence of Artsakh. However, these threats were not carried out during the 44 days of intensive fighting. Azerbaijan on its part states that the conflict has been solved, and the status of Artsakh has been thrown into the dustbin of history, thus sending a clear message that it is not going to negotiate with Armenia on the status of Artsakh. In this new situation, no one can blame Armenia for ruining the negotiation process by recognising Artsakh independence, as no such process exists. All previous reasons preventing Armenia from recognising Artsakh independence have disappeared, but there is no clarity regarding the Armenian position and intentions.

The next fundamental issue relates to the Armenian vision of Artsakh's future after November 2025. According to the trilateral statement signed by Armenia, Azerbaijan, and Russia on November 10, 2020, Armenia and Azerbaijan may demand the withdrawal of Russian peacekeepers from Artsakh after the initial five years. One does not need to be a genius of geostrategy to understand that if Russian troops leave Artsakh, the small number of Armenians living there will face the same choice as the Armenians that lived in Shushi, Hadrut, Karvachar (Kelbajar), and Berdzor (Lachin) – namely to gather their belongings and leave for Armenia quickly.

The Armenian government has not articulated how it is going to prevent such a scenario. The first option is obvious – to hope that the Russians never leave Artsakh, because Russian troops never leave territories where they entered anyway. In this logic, Armenia has nothing to do, as Russia knows very well what it needs to do – to either convince or compel Azerbaijan not to demand the peacekeepers' withdrawal, or find any pretext to remain in Artsakh even if Azerbaijan is against it. However, the Armenian government has not stated that it is interested to see Russian troops staying in Artsakh forever. Armenia has also not hinted that Yerevan is interested to see Russia recognise Artsakh’s independence in its current borders, and sign an agreement with Stepanakert on the deployment of a Russian military base there, akin to what happened in Abkhazia and South Ossetia after the 2008 Georgia-Russia war.

There was also no statement that any additional incursion of Azerbaijan into Artsakh is a red line for Armenia, and Yerevan will prevent such developments with all possible means, including through military action. Meanwhile, even if Armenia states that, it is unclear how Armenia may prevent it from happening if Russian troops leave Artsakh. Artsakh’s de facto authorities recently confirmed information that conscript soldiers from Armenia would not serve in Artsakh. Given the tiny population of Artsakh, there is no way it can alone resist possible Azerbaijani attacks after the Russian peacekeepers' hypothetical withdrawal. Will Armenia seek to prevent the possible exodus of the remaining population of Artsakh, and if yes, how?

Meanwhile, the absence of answers to these questions prevents Armenia from launching substantial negotiations with all actors involved in the South Caucasus regarding the future of Artsakh. No one will speak with Armenia if Yerevan has no clear vision for the future. Elaborating a coherent and consistent policy on the future of Artsakh should be the top priority of the new Armenian government, which will be formed after the June 2021 snap elections. Otherwise, Armenia may lose the remaining part of Artsakh, and it may happen sooner rather than later.

Source: This op-ed was prepared for KarabakhSpace.eu by Benyamin Poghosyan, Founder and Chairman of the Center for Political and Economic Strategic Studies in Yerevan.