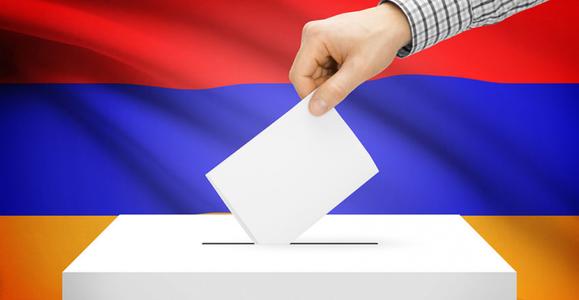 Armenia appears heading for snap parliamentary elections on 20 June, but hopes that the poll may resolve the current gridlock in the Armenian political arena may be premature. Benyamin Poghosyan argues in this op-ed that for Armenia, things may get worse before they get better.

A tense political crisis has been ongoing in Armenia since immediately after the signing of the 10 November, 2020, trilateral statement on Nagorno Karabakh. That same night, angry protestors stormed the building of the Government and the Parliament, and the National Assembly's Speaker was physically attacked, resulting in him spending a month in the hospital. However, these actions did not lead to the resignation of Prime Minister Nikol Pashinyan. He took refuge in a Ministry of Defence bunker for a week, and there was no organised opposition that could take power while the Prime Minister was absent from the political scene. By the end of November, up to 17 opposition parties organised the "Movement for the salvation of homeland." They started to demand the resignation of the prime minister and the formation of an interim government under the leadership of a veteran of Armenian politics – the first prime minister of independent Armenia, Vazgen Manukyan - and the holding of snap parliamentary elections within 12 months.

However, relying on police and national security service loyalty, Pashinyan left his bunker in mid-November 2020 and launched a counter-attack against the opposition. His main argument was that Armenia's previous authorities were the main culprit responsible for the defeat, since they had plundered Armenia from 1998 to 2018 and did not prepare the army for the upcoming war. After the President of Armenia, the leaders of the Armenian Church, and a majority of academic circles demanded his resignation, the prime minister warned against an "elite's coup attempt against the ordinary people".

The first group firmly believes that Pashinyan should resign, and a criminal investigation should be launched to analyse his actions/inactions prior, during, and after the 2020 Karabakh war. For these people, anyone else in the position of prime minister is better than Pashinyan.

The second group also believes Pashinyan should leave. However, they strongly reject the possibility of the return to power of either the second or the third presidents of Armenia – Robert Kocharyan and Serzh Sargsyan. Given the active participation of the former ruling Republican Party, Prosperous Armenia party and Armenian Revolutionary Federation in the united opposition's activities, this group does not support them and looks for other alternatives.

The third group is against Pashinyan too, but they hate Pashinyan less than Kocharyan and Sargsyan. They believe that if Pashinyan resigns, power will be grabbed by either Kocharyan or Sargsyan. Thus, while criticising Pashinyan, this group supports him to prevent the return of former authorities.

The fourth group is comprised of genuine supporters of Pashinyan. They believe that Pashinyan did nothing wrong; that he sought to save Karabakh through war but the Armenian army was doomed to fail due to the "previous 20 years of robbery". They argue that Generals lost the war, and they should be held accountable alongside the former criminal authorities.

Finally, the fifth group is indifferent to political developments. Their main attention is focused on securing a livelihood. Since their ordinary lives are not impacted, and they continue to work, receive salaries, and their relatives have not been killed, wounded, or displaced during the recent war, they continue with their daily life. For them, who controls Shushi or Hadrut today, and who may control Syunik tomorrow, is of no consequence.

According to a recent IRI commissioned poll conducted in mid-February 2021, 33 percent of the population is still ready to vote for Pashinyan and his 'My step' coalition, while all other political forces have less than 5 percent of support. However, this poll was conducted before the February 25 statement of Armed Forces General Staff demanding Pashinyan's resignation and the legal battle between the Government and the General Staff that ensued. It is likely that the current support for the Prime Minister in society is about 25-30 percent.

After consultations with the president and the two opposition parties in the Parliament, Nikol Pashinyan on Thursday (18 March) stated that snap parliamentary elections would be held in Armenia on 20 June, 2021. The procedure envisaged is that Pashinyan will resign at the end of April/beginning of May and parliament will not choose a new prime minister twice, as a result of which it will be dissolved automatically. The Deputy Speaker of the Parliament stated that Pashinyan would continue to serve as Acting Prime Minister during the campaign, while opponents argued that doing so would violate the law and one of the two Deputy Prime Ministers should be appointed as an Acting Prime Minister during the campaign.

Some hope that the snap parliamentary elections may end the political crisis in Armenia, and a new government will be formed with a new mandate. However, most probably, the real battle during the campaign will be between Pashinyan and the second president, Kocharyan, with the participation of forces associated with the first president, Levon Ter Petrosyan, and the third president, Serzh Sargsyan. Armenia’s problem is that all these four figures are deeply polarising political actors. Defeat in the recent Karabakh war has only increased the animosity between their supporters. In the current circumstances, neither side will accept defeat. If Pashinyan receives a majority and forms a new government (either with a single party or through the formation of a coalition), people who believe that Pashinyan is the main culprit of the recent catastrophe and should be punished will argue that Pashinyan rigged elections.

Already there are active discussions that Pashinyan knows very well that if he loses power, he will have two choices – to flee Armenia or face life imprisonment. According to this logic, Pashinyan has all the motives to rig elections to save his power and secure himself and his family. Thus, this part of society will continue its fight against Pashinyan after the elections, calling for the cancellation of rigged election results and organisation of repeat elections.

Interestingly, the first President of Armenia recently offered his vision of overcoming the political crisis – allowing Pashinyan to flee Armenia with his family and guaranteeing that the new authorities will not initiate a criminal investigation against him and will not use Interpol to catch him and bring him back to Armenia. Pashinyan has already rejected this offer.

On the other hand, if, after the elections, Kocharyan, Sargsyan, or persons associated with them come to power, a minimum of 25 percent of the population will protest the results, arguing that they will never accept the return of criminals to authority. In this scenario, they will start street protests calling for repeat Parliamentary elections.

Neither Pashinyan nor Kocharyan or Sargsyan can provide even short-term stability in Armenia. Armenia has no alternative forces which have the necessary financial and human resources and external backing to compete with them in the 20 June snap parliamentary elections. The political deadlock and instability will therefore likely continue in Armenia after the snap elections. It will happen in parallel with the economic crisis, which has already arrived, triggering an average 20-percent increase in food prices and a 10-percent deprecation of the Armenian currency. The current instability and political ambiguity have significantly impacted the state institutions' effectiveness, and these institutions are at the moment semi-paralysed.

For Armenia, things may get worse before they get better.

Source: This op-ed was prepared for commonspace.eu by Benyamin Poghosyan, Founder and Chairman of the Center for Political and Economic Strategic Studies in Yerevan.