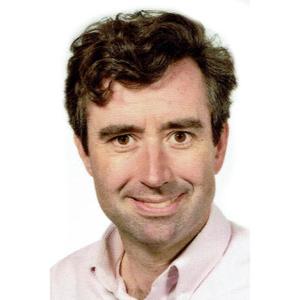 No signs of reconciliation during or after Paris summit

Separatist leaders stuck to their narrative of moving closer to Russia rather than Ukraine during and after the long-expected “Normandy Four” summit with the leaders of France, Germany, Ukraine and Russia in Paris on 9 December. The “DNR” even held a round-table discussion with Russian MPs about further integration with Russia on 10 December, which called for a working group in the Russian State Duma for cooperation with the “People’s Republics”.

On 17 December, the leaders of both “People’s Republics”, Denis Pushilin and Leonid Pasechnik, gave a rare joint press conference in Donetsk during which they argued that Zelenskiy was no better than his predecessor Poroshenko, who wanted to reintegrate just the territory but not the people of Donbass.

“DNR” leader Pushilin stressed that Ukraine would have to negotiate its “special status” law for the non-government-controlled areas with him (“us”) - something that has been an anathema for Ukraine, while “LNR”-leader Pasechnik reiterated the criticism that the decentralization law introduced by President Volodymyr Zelenskiy must not replace the “special status” law.

During his annual address to the separatist “parliament” on 20 December, Pushilin accused Zelenskiy of having “blood on his hands” and reiterated the separatists’ mantra that they want to join Russia, which is their historic motherland.

The summit did not bring any progress on implementing the Minsk agreement’s political parts. Presidents Zelenskiy and Vladimir Putin did, however, agree on a troop withdrawal (“disengagement”) at three more locations, opening new crossings over the Line of Contact and on a prisoner exchange.

While implementing the first two measures will have to be negotiated in early 2020, the prisoner exchange was finally agreed upon at a video-conference on 23 December – after the Trilateral Contact Group had failed to reach such an agreement at its last meeting in Minsk on 18 December.

It was initially unclear who and exactly how many prisoners would be swapped – Ukrainian negotiator Valeria Lutkovska said on 23 December that the lists had not been finalized.

Negotiations for the swap were apparently hampered by the fact that dozens of Ukrainian prisoners refused to take part in it – according to a 20 December report in the Russian Kommersant newspaper they did not want to be sent to the “People’s Republics”. Daria Morozova, the “DNR” ombudswoman, confirmed on 20 December that 43 Ukrainian prisoners – 21 “LNR”-loyalists and 22 “DNR”-loyalists – needed “additional verification”. She added that the prisoners should decide themselves if they wanted to take part in a swap and that none of them would be forced to do so.

The Ukrainian Security Service SBU had said in November that the number of prisoners in both “People’s Republics” stands at 244. The “DNR” said on 10 December that it was ready to hand over 53 prisoners in exchange for 88 prisoners from Ukraine. “LNR” ombudswoman Olga Kobtseva said on 19 December that Luhansk would hand over 30 prisoners.

The prisoner swap would be the first between the “People’s Republics” and Ukraine since December 2017 (see Newsletter 26). The most prominent prisoner currently is Donetsk journalist Stanislav Aseyev, who has been imprisoned since summer 2017 and was sentenced to 15 years for espionage earlier this year – see Newsletter 66.

Meanwhile the separatist continued to sentence people to long prison times for espionage and/or terrorist charges. In the “DNR”, the victims again included drivers and couriers offering rides across the Line of Contact.

On 10 December, the Donetsk “Prosecutor General” said that a driver was sentenced to 5 years for membership in a terrorist organization. On 6 December it said that another driver was sentenced to 17 years for espionage. In both cases, prosecutors claimed that the men had been promised fast passage through the Ukrainian checkpoints in return for collecting information for the SBU Security Service.

On 9 December “DNR” prosecutors said that a man who had entered the “People’s Republic” a few times in 2017 had been sentenced to 14 years for taking photographs for the SBU.

In the “LNR”, the State Security “Ministry” said on 18 December that a Latvian citizen has been sentenced to 10.5 years in prison for espionage. Valentis Veselovs, a journalist from Riga, apparently came to Luhansk in 2014 to work for the separatist information “ministry”. It is not clear when or why he was arrested, but Latvian volunteer fighter Beness Aijo said in March 2019 that Veselovs was serving a two-year prison sentence for illegal weapons possession.

On 9 December, the “Ministry”, known by its Russian acronym MGB, said that a man and a woman had been sentenced to 15 and 12 years prison respectively for spying for Ukraine.

In the first half of November, the separatists handed down long prison sentences to at least four men for espionage – see Newsletter 67.

Meanwhile, the Luhansk separatists introduced a law defining the border of the “People’s Republic” as identical with the Ukrainian Luhansk region, thus claiming the region’s government-controlled parts. The law, which was passed on 18 December, follows a more or less identical bill that was adopted in Donetsk on 29 November (see Newsletter 68). It is unclear why the “LNR”, which often acts in tandem with its bigger Donetsk neighbour, waited more than two weeks before following suit.

Number of new Russian citizens from Donbass rises to 125,000

New figures suggest that almost 100,000 inhabitants of the “People’s Republics” and another 25,000 inhabitants from government-controlled areas of the Donetsk and Luhansk regions have received Russian citizenship under a fast-track regime enacted by Russian President Vladimir Putin in the spring of 2019.

Russian Interior Minister Vladimir Kolokoltsev said on 9 December that 125,000 passports had been issued to Ukrainians from both the Donetsk and Luhansk regions and that another 35,000 applications were pending. Kolokoltsev did not specify if the applicants had come from areas controlled by the Ukrainian government or not.

The “DNR” said on 10 December that 51,000 of its inhabitants had received Russian passports so far. The “LNR” said on 29 November that 48,000 of its inhabitants had become Russian citizens thanks to fast-track procedures. These figures suggest an increase of almost 20,000 in a five-week period (“DNR”) and an 8,000-strong growth during two weeks in the “LNR” - see Newsletter 67.

Because the separatist figures only add up to 99,000, this means that some 26,000 Russian passports were issued to Ukrainians from government-controlled areas. Putin issued another decree in July, which offers the fast-track citizenship also to inhabitants of Ukrainian-controlled areas of Donbass. However, to be eligible, applicants need a residence permit in Russia, as spelt out in the underlying decree from 29 April.