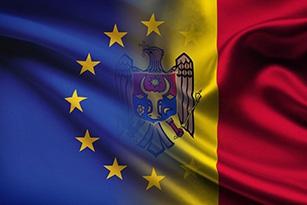 The European Commission, on behalf of the EU, has today approved the disbursement of €30 million in Macro-Financial Assistance to the Republic of Moldova.

This is the first of three planned disbursements under the Macro-Financial Assistance (MFA) programme to Moldova that was adopted in September 2017. The programme, worth up to €100 million, is designed to assist Moldova in covering its external financing needs while implementing a wide-ranging and ambitious structural reform agenda.

Pierre Moscovici, European Commissioner for Economic and Financial Affairs, Taxation and Customs, said: "This disbursement is an expression of support for the implementation of key reforms to improve democratic standards and protect the rule of law in Moldova. The European Commission stands ready to continue working closely with the Moldovan authorities to help deliver on a wide-ranging and ambitious set of economic and structural reforms necessary to secure jobs, growth and investment for the benefit of the people of Moldova."

For disbursements under the MFA programmes to take place, several conditions need to be met: political preconditions related to respect of democratic mechanisms, the rule of law and human rights need to be fulfilled, and specific policy measures need to have been successfully implemented. Disbursements are also conditional on good progress with the IMF programme.

In June 2018, following an assessment that the political preconditions had not been fulfilled, the release of the first instalment of the programme was put on hold. This assessment was based, in particular, on the decision of the Supreme Court of Justice on the non-transparent invalidation of election results in Chisinau. Following the change of government in June 2019, the Moldovan authorities have engaged in a significant and substantial structural reform process to strengthen the independence of the judiciary and the fight against corruption. The Commission and the European External Action Service now consider that the political preconditions for proceeding with the disbursement of the first instalment of the MFA programme have been fulfilled.

Moldova has now also fulfilled the policy commitments agreed with the EU, as laid down in the Memorandum of Understanding, for the release of the first disbursement. This includes measures taken to fight corruption and money laundering, to foster greater transparency in public finance management, to modernise the country's public administration, to advance the ongoing reforms of the energy and financial sectors and to improve the business environment. The IMF also recently completed the fourth and fifth reviews of its programme with Moldova. These decisions have paved the way to a resumption of the disbursement of the assistance.

The Commission services and the European External Action Service will continue to monitor closely and assess the fulfilment of the specific policy commitments and the political preconditions ahead of the second and third instalments of this MFA programme.

The disbursement of €30 million will be composed of €10 million in grants and €20 million in loans.

In a Joint Statement annexed to the decision, the EU institutions underlined that a pre-condition for granting MFA is that the beneficiary country respects effective democratic mechanisms, including a multi-party parliamentary system, the rule of law and guarantees respect for human rights. The Commission and the European External Action Service monitor the fulfilment of these preconditions.