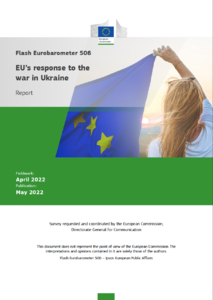 Survey: EU’s response to the war in Ukraine

A Flash Eurobarometer survey was commissioned by the European Commission’s Directorate-General for Communication, with the aim to obtain input from citizens in the European Union (EU) regarding their attitudes on the EU’s response to the war in Ukraine. The survey explores the following topics:

 General attitudes to the war in Ukraine, including awareness and concern about the war, as well as sentiments towards Ukraine and Russia;

 Europeans’ willingness to cut down on their energy consumption via different actions; and

 Trust in sources of information about the war in Ukraine, such as European authorities, national authorities, NGOs, journalists and social media.

On behalf of the European Commission, Directorate-General for Communication, Ipsos European Public Affairs interviewed a representative sample of EU citizens, aged 15 and over, in each of the 27 Member States of the EU. Between 13 April and 20 April 2022, 26 066 interviews were conducted via computer-assisted web interviewing (CAWI), using Ipsos online panels and their partner network. Survey data presented in this report are weighted to known population proportions. The EU27 averages are weighted according to the size of the 15+ population of each country. 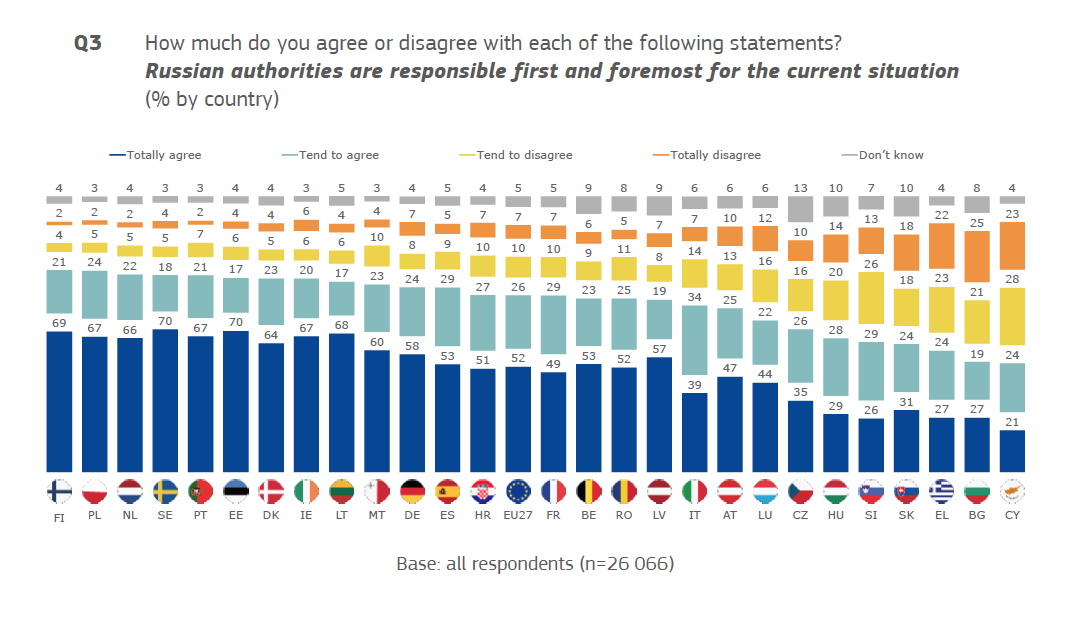 More than two-thirds of respondents are satisfied with how citizens in their country have reacted to the war in Ukraine, including 20% who are very satisfied and 49% who are rather satisfied with the reaction of their fellow citizens (8% don’t know).