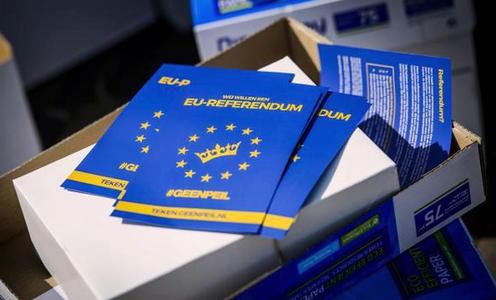 The Dutch Referendum on the EU’s Association Agreement with Ukraine: A challenge for Europe

On 6 April 2016, the Netherlands will hold a nation-wide referendum on whether to confirm or reject its government’s ratification of the EU’s Association Agreement with Ukraine, as part of the Agreement’s requirement that it must be ratified by all 28 member states before it can fully enter into force. Most EU member states, however, have already ratified this landmark agreement, and a large section of the political part of the agreement (since 1 November 2014) and the Deep and Comprehensive Free Trade Area (since 1 January 2016) is already applied provisionally.

Despite this progress, full ratification of the AA may yet be thwarted. The rationale behind the bilateral agreement is being called into question in the Netherlands, where the government has been obliged to allow a consultative referendum over the AA with Ukraine after more than 440,000 signatures were collected by opponents. According to an opinion poll conducted by the Dutch news programme EenVandaag, it is likely that the April 6th plebiscite will indeed reach the required threshold of a 30% turnout for it to be valid, although the vote is non-binding on the government. An opinion poll suggests that two-thirds of potential voters are ready to reject the EU-Ukraine deal, reports EenVandaag.

The referendum is arguably a challenge for all parties involved—the Dutch governing coalition, the EU and Ukraine. Dutch Prime Minister Mark Rutte has already announced that he will lead a “Yes” campaign in support of the AA with Ukraine. All the same, most political parties represented in the Dutch Parliament, including the ruling coalition Labour Party, said they would have to take a “no” vote into serious consideration. However, a “no” vote will not necessarily take down the AA. In the case of a "no" vote, the government will then submit a bill voiding its earlier ratification of the AA to the legislature, but there is no guarantee that a majority of Dutch MPs will support this bill.

The European Commission President, Jean-Claude Juncker, has expressed concern over the potential Dutch rejection of the AA with Ukraine. A single EU member state torpedoing the deal “could open the doors to a continental crisis”, says Juncker.

Officials in Kyiv are also worried. Ukraine is becoming hostage to the internal struggle between eurosceptics and pro-European forces in the Netherlands, says the Ukrainian ambassador to Amsterdam, Oleksandr Gorin, highlighting Kyiv's concerns.

Bearing in mind the referendum’s result may impede the final legal and political conclusion of the AA, the Ambassador for the Ukrainian Foreign Affairs Ministry, Dmytro Kuleba, hopes that it will not stop the ongoing provisional application of the AA and DCFTA. Indeed this legally is the case.

With the Dutch “yes” and “no” campaigns still in their early stages, it is too early to tell which way the referendum will go.