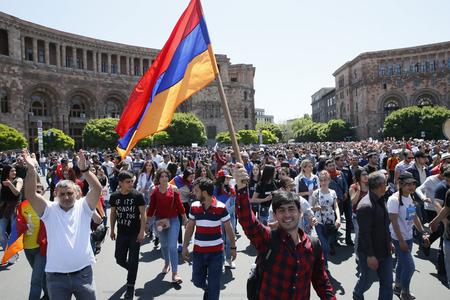 The results of the June 2021 early parliamentary elections in Armenia surprised many. Almost all were sure that incumbent Prime Minister Nikol Pashinyan would receive more votes than opposition parties and blocks. However, few anticipated that the “Civic Contract” party would receive 54 percent and secure the comfortable majority. Conventional wisdom tells that population rejects leaders, who lead their states to disastrous defeats. Armenia suffered devastating defeat during the 2020 Karabakh war, the heaviest once since the 1920 Armenia – Turkey war. However, Armenians defied this logic and once more trusted the future of their country to Mr. Pashinyan.

Meanwhile, this situation is a part of the much broader issue of Armenia – Azerbaijan relations after the 2020 war. Azerbaijan seeks to portray itself as a peaceful state, ready to sign a peace treaty with Armenia and launch a new era of stability and prosperity in the South Caucasus. Nevertheless, Azerbaijan’s generosity comes with strings attached – Armenia should recognize Azerbaijani territorial integrity within Soviet Azerbaijan borders and start the delimitation and demarcation process accordingly, which means to recognize Nagorno Karabakh (Artsakh) as part of Azerbaijan.  Though some in current Armenian leadership may believe that Karabakh was and is a burden for Armenia and must be dropped off, they are not in a position yet to publicly express or support such views without jeopardizing their political positions. Thus, Armenia should reject Azerbaijan’s demands to recognize Nagorno Karabakh as part of Azerbaijan but should avoid being labeled as a regional spoiler. The possible solution could be the launch of delimitation and demarcation process with Azerbaijan while preliminary stating that it has nothing to do with Karabakh’s status and final borders. They should be fixed through future negotiations, and if Azerbaijan rejects this offer, Armenia may depict Baku as a “bad player.”

Meanwhile, Azerbaijan increases its pressure over Armenia more often using the tools of coercive diplomacy. On July 14 Azerbaijani army killed an Armenian soldier near Yeraskh, a village located very close to the border with Nakhijevan Autonomous Republic and just 60 km from capital Yerevan. Another shooting took place near Yeraskh on July 16. Azerbaijan signals its readiness to expand the zone of instability along its borders with Armenia, hoping to force Armenian leadership to recognize Nagorno Karabakh as a part of Azerbaijan.

Another tough challenge is the restoration of communications in the region. November 10, 2020, and January 11, 2021, statements stipulate the opening up of communications, including the routes which will connect western Azerbaijani provinces with the Nakhijevan Autonomous Republic. Since then, Azerbaijani leadership has made numerous statements about the so-called “Zangezur corridor,” which should traverse the Syunik province of Armenia and connect the artificially separated Turkic world spanning from Istanbul to Kazakhstan – China border. Recently Azerbaijan established new economic zones in Azerbaijan and called one of them the Eastern Zangezur, comprised of some territories which the Azerbaijani army took during the 2020 war. Immediately after that, President Aliyev started to speak about Western Zangezur (Syunik province of Armenia) as a historical land of Azerbaijani people and promised that Azerbaijanis would return there as to Yerevan, which Aliyev depicted as another lost part of historical Azerbaijani lands.

All this rhetoric coming out from Azerbaijan creates a perception in Armenia that the restoration of communications is only a curtain to cover Azerbaijan’s real intention – to establish de facto and later de jure control over the Syunik province. To avoid such risks, the Armenian government should offer other routes for Azerbaijan to be connected with the Nakhijevan Autonomous Republic, which will not pass the Syunik province. The Ghazakh–Ijevan–Yerevan–Yeraskh–Nakhijevan railway and highway may connect Azerbaijan with Nakhijevan without passing through the Syunik province. If Azerbaijan’s only goal is to restore communications, it should not reject this offer. Meanwhile, Russia may also use the Ijevan–Ghazakh railway and highway to connect with Turkey and Iran via Azerbaijan and Armenia. Russian trains may enter Turkey from Armenia via the Ijevan–Gyumri–Kars railway and reach Iran via the Ijevan–Yerevan–Yeraskh–Nakhijevan–Iran railway.

The biggest challenge for the new Armenian government, however, is the future of Nagorno Karabakh. As of now, Armenia has de facto dropped its obligations as a security guarantor of Karabakh. It only provides financial assistance to the region by paying salaries, pensions, and covering costs to construct new houses. The security of Armenians living in Karabakh entirely depends on Russian peacekeepers. In current circumstances, Armenians will live in Karabakh as long as Russian soldiers are there. Some in Armenia believe that Russians will never leave Karabakh, and thus Armenia should not worry about the security of Armenians, which will continue to live in a de facto Russian protectorate. However, this is distorted logic. No one can guarantee that Russian troops will stay in Karabakh forever. They may leave for different reasons, but the outcomes for Armenians will be the same – massacre or, in the best-case scenario, forced deportation. Meanwhile, many Armenians will leave Karabakh even before the Russians’ departure. In the 21st century, it is difficult to demand from people to live in total uncertainty, only providing them guarantee that they will not be massacred. Thus, the Armenian government must make a clear choice. Armenia should modernize its military to protect Karabakh after Russia’s potential departure or create relevant conditions for Armenians living there to come and settle in Armenia gradually.