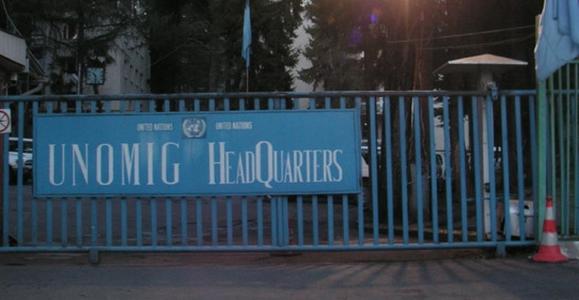 Opinion: Peacekeeping in Karabakh can learn from the UNOMIG experience

As Armenia and Azerbaijan come closer to launching bilateral negotiations over the normalisation of relations, many issues wait for a solution. Currently, the hottest debates are underway regarding the future status of Nagorno Karabakh and the legal modalities of the transit for Armenian and Azerbaijani goods passing each other territories. The war in Ukraine and the complete collapse of Russia – West relations added geopolitical components to the equilibrium. Do we have EU – Russia competition over the mediation process? Are there any disagreements between Brussels and Moscow on promoting lasting peace and stability in the South Caucasus? All these issues are worthy of being discussed and debated. Recently the Armenian government made a profound step towards the peaceful resolution of the Nagorno Karabakh conflict. For the first time since 1988, Armenia has declared that the key issues are the rights and freedoms of Armenians living in Nagorno Karabakh, while the region's status should be derived from arrangements to secure those rights and freedoms.

Meanwhile, Russia could also be interested in having an international mandate for its troops in Nagorno Karabakh. This arrangement will allow Russia not to depend on the whims of  the Azerbaijani leadership whenever an extension of Russian deployment is due. However, the Kremlin believes that the West pushes forward the issue of an international mandate to use it as a pretext to kick out Russian troops from Nagorno Karabakh.

In this context, the experience of the United Nations Observer Mission in Georgia may be helpful. On 24 August 1993, the UN Security Council, by resolution 858, decided to establish the United Nations Observer Mission in Georgia (UNOMIG), comprising up to 88 military observers, plus minimal civilian support staff, to verify compliance with the ceasefire agreement signed between sides. On 14 May 1994, the Georgian and Abkhaz sides signed a new Agreement on a Ceasefire and Separation of Forces in Moscow. The parties agreed to deploy a peacekeeping force of the Commonwealth of Independent States (CIS) to monitor compliance with the Agreement, with UNOMIG monitoring the implementation of the Agreement and observing the operation of the CIS forces.

On 27 July 1994, following the recommendation by the Secretary-General, the Security Council expanded the mandate of UNOMIG accordingly and increased its strength to up to 136 military observers. In reality, the CIS peacekeeping force comprised only Russians, while military observers represented different countries. The UN Security Council resolutions extended the mandate of UNOMIG every six months until the August 2008 Russia – Georgia war. Thus, UNOMIG was an interesting experience to provide an international mandate to Russian peacekeepers deployed in Abkhazia while having additional presence in the region through the deployment of military observers. As Armenia and Azerbaijan prepare to launch negotiations over the normalization of relations and the Russia – West confrontation spreads all over the former Soviet space, the UNOMIG model may help satisfy all sides. Russia will continue to keep its troops in Nagorno Karabakh with an international mandate, while the West will re-establish itself in the region through the deployment of military observers. This solution may remove the Nagorno Karabakh conflict from the list of Russia – West geopolitical rivalries, which will benefit the region.