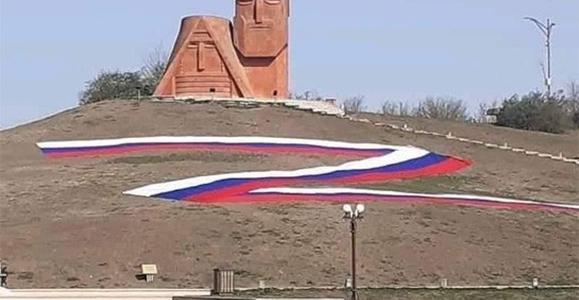 Nikol Pashinyan delivered a significant speech to the Armenian parliament last week on the eve of the launch of negotiations on an Armenia-Azerbaijan peace treaty. In this op-ed, Benyamin Poghosyan says that his comments on the future of Nagorno-Karabakh sent shock waves across society in Armenia and in Nagorno-Karabakh itself.

The discussions about possible Armenia – Azerbaijan peace treaty surfaced again during the last Pashinyan – Aliyev meeting held in Brussels on April 6, 2022. At their meeting which was hosted by the European council president, Charles Michel, the two leaders agreed to instruct their foreign ministers to prepare for the start of the negotiations. On April 11, the Armenian and Azerbaijani foreign ministers held a phone talk and discussed the details of the upcoming process.  The EU was not the only external actor pushing forward for the peace deal. Before and after the April 6 meeting in Brussels, Aliyev and Pashinyan spoke separately with Russian President Putin, who emphasized the significance of peace and reiterated Russia's willingness to support Armenia and Azerbaijan. The US Secretary of State Blinken also confirmed the US readiness to facilitate the comprehensive settlement between Armenia and Azerbaijan.

While Armenian society and the expert community sought to assess the challenges and opportunities of a future peace treaty, on April 13, 2022, Pashinyan delivered a significant speech in the Armenian parliament. He stated that if in the past Armenia had placed the status of Karabakh as the basis, deriving security guarantees and rights from it, now Armenia placed security guarantees and rights as the basis, deriving status from it. He also mentioned that the international community wanted Armenia to decrease "the threshold regarding the status of Karabakh," promising more consolidation around Armenia if that happened. Otherwise, warned Pashinyan, the international community would not be able to support Armenia in case of a potential new military attack by Azerbaijan.

The Armenian Prime Minister did not elaborate on which countries or organizations in particular asked Armenia to "decrease the threshold on Karabakh status", and what it meant in practical terms. However, given that Pashinyan delivered his speech a week after the meeting in Brussels, we might assume that the EU is among those actors asking Armenia to change its position, though the US and Russia could also be part of the equation. As for the reduced threshold on status, there is a perception in Armenia that, in practical terms, it means that Armenia, in principle, may agree to the autonomous status of Karabakh (either in its November 10, 2020 land parameters, or within the 1988 NKAO borders and with secure land connection with Armenia) within Azerbaijan.

Pashinyan's  April 13 speech sent shock waves across Armenia and Nagorno Karabakh. The National Assembly of the self-proclaimed Nagorno Karabakh Republic adopted a special statement rejecting any possibility of Nagorno Karabakh being part of Azerbaijan and demanding from Armenian authorities to change their dangerous course. In Yerevan, the Parliamentary opposition also criticized Pashinyan’s speech accusing him of delivering Karabakh to Azerbaijan.

It is too soon to assess when a peace treaty will be signed between Armenia and Azerbaijan and what future it may envisage for Karabakh. Theoretically, Armenia may reject Azerbaijan's offer to touch on the issue of Nagorno Karabakh in the peace treaty, saying that it should be discussed with, and decided, by the Nagorno Karabakh authorities. Another option could be a suggestion to Azerbaijan and the international community to fix an interim status for Nagorno Karabakh in the Armenia – Azerbaijan peace treaty, with open-ended negotiations to fix the final status. The idea of interim status for Karabakh was among the main pillars of Madrid principles and its updated versions, which were the base of the negotiations from 2007 to 2020. Presumably, Azerbaijan will not accept both options, seeking to legalize its achievements during the 2020 war and clearly fix in the Armenia – Azerbaijan peace treaty that Armenia recognizes Nagorno Karabakh as part of Azerbaijan. Since the end of the 2020 Karabakh war, President Aliyev has made several statements that the issue of status is over, and that Azerbaijan will never discuss any status of Nagorno Karabakh either with Armenia or with anyone else. However, Azerbaijan theoretically may accept the idea of granting autonomy to Nagorno Karabakh, presenting it as a significant compromise.

However, Azerbaijan may use the peace deal with Armenia not to extend the deployment of the Russian peacekeepers in Nagorno Karabakh after November 2025, arguing that the conflict is over and there is no need for the peacekeepers' services. Given the current environment in Russia – West relations, the US and EU may join Azerbaijan in demanding the withdrawal of Russian forces from Karabakh after November 2025, otherwise declaring them as occupational forces similar to Russian troops deployed in Donbas, Abkhazia, or South Ossetia. However, much will depend on Russia – Azerbaijan relations and the Russian role and position in the Post-Soviet space after the war in Ukraine. Suppose Russia manages to keep its influence in the post-soviet space. In that case, it will probably come to an agreement with Azerbaijan and keep its troops in Karabakh after 2025, extending “de - jure Azerbaijan de - facto Russia” status for Nagorno Karabakh beyond 2025, and securing the presence of Armenians in Karabakh. However, if the war in Ukraine makes Russia significantly weaker in the post-soviet space, Azerbaijan may use the peace treaty with Armenia to force Russian troops out of Karabakh successfully. In that case, no international guarantees or promises of Azerbaijan will prevent the rapid exodus of Armenians from Karabakh.