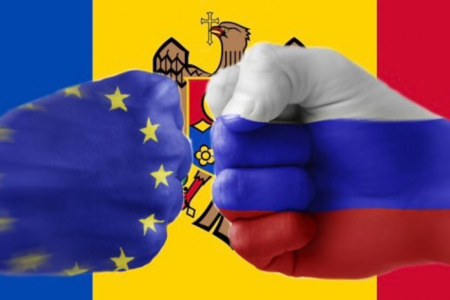 The role of EU assistance in Moldova's detachment from Russia

Moldova's foreign policy is moving the country, at least from a diplomatic perspective, in the direction of the European Union (EU), but practical changes in domestic policy are slower. Even if rapprochement with the EU is desired at a rapid pace and in all areas, for purely objective reasons, the process takes time. Attempts to artificially speed up some important reforms have so far generated a backlash, with mounting political costs, for the government in Chisinau. Things are complicated by the energy burden resulting from the attempt to detach from Russia. With the migration of pro-Russian forces in opposition, Russian geopolitical bonds were cancelled in the form of a lower price for imported natural gas (IPN, November 2021). The ability to reform the energy sector and the availability of European financing are the main ways to overcome Russia's energy dependency. Contrary to the relatively simple solutions used by the EU to support Moldovan exporters and reduce the effects of Russian trade restrictions in 2013-2014, Moldova's current gas crisis requires serious modernization of the domestic energy sector. The sector needs institutions and state-owned companies with impeccable transparency and accountability to attract investment, a professional and totally depoliticized regulatory framework, and functional physical corridors to stimulate competition from domestic production and diversified imports of energy resources. Indirectly, the current government through EU financial support pays the symbolic and material price of Moldova’s separation from Russia in the energy field.

There is no doubt that there has been a strong consensus in the governing relationship of the Action and Solidarity Party (PAS) with the European institutions on the country's reform prospects. The problems posed by the difficult relations with Russia trigger strong geopolitical solidarity on the part of Brussels. Sometimes the impression is created that the unity between the Moldovan political elite and the EU is closer than the government's relations with domestic actors. While the dynamics of the EU-PAS dialogue is excellent, the opposite is seen in the way the Moldovan authorities interact with the opposition and civil society, which is left out of the government recruiting process. The critical voices of the opposition and civil society are intensifying, dissatisfied with the exclusivism of the single-colour majority controlled by PAS in the reform processes (IPN, February 2022). While the government is quite selective in accepting suggestions from civil society, it tends to ignore the opposition altogether. The lack of solid governance experience, the “political fatigue” caused by the perpetuation of the pandemic and the energy crisis, and the disappearance of justifications to cover up failures, increase the vulnerability of the government. As a result, segments of the public are being expanded to practice a more critical evaluation of the government, which was taboo immediately after the PAS came to power in 2021.

For the moment, the public's appreciation of the Government's pro-European ambitions prevails over objections to the shortcomings of the reforms. This characteristic maintains the stability of the European vector in the preferences of the majority of citizens. However, if the public's perception of the government's performance becomes out of sync and the distance moves too far away from the way the EU treats the government in Chisinau, public disappointment with the EU will be inevitable. The current evolution of bilateral relations predisposes to optimism about the sustainability of the European integration process, mainly because the ruling party is not opposed to the reforms, but rather, in several cases, misapplies them. Even if the Moldovan authorities show the qualities of a "hardworking pupil", they still need realistic and honest guidance from the EU so as not to fail in their own reforms.

The effects of EU assistance

In the field of structural reforms, sectoral modernization and economic integration, the EU is seen as a model of inspiration and an important source of financing, especially for crisis situations. Both the opportunities for cooperation and the EU's willingness to support Moldova go beyond the framework of the Association Agreement.

On the one hand, the EU is totally open to the political agenda of the PAS government, without questioning the intentions or the quality of the reforms. The primary focus is on evaluating judges and prosecutors, which, according to optimistic estimates, should start no earlier than the summer of 2022. Carrying out this reform will cleanse the judiciary of corrupt elements. Other areas that frequently resonate in bilateral talks with the EU are the fight against corruption, digitization, renewable energy, the environment and others. More recently, the Chisinau government expressed the intention to complement, depending on compatibility, the implementation of the Association Agreement with the EU with the implementation of the Moldova-NATO Partnership Individual Action Plan for 2022-23 (MFAEI, January 2022). Joining the efforts of the EU and NATO can facilitate reforms aimed at strengthening the country's statehood and stability, especially in the context of regional instability caused by Russian threats to Ukraine and European security (IPN, January 2022). In any case, "roadmaps" are needed in each area of common interest, setting out the needs of the Moldovan side and, respectively, the tools available to the European side. The starting point should be the Association Agenda and the National Plan for the implementation of the Association Agreement. Only after the materialization of the first document can the second one emerge. In their absence, the authorities use as coordinates the political objectives of the government program, which, while reflecting the spirit of the Association Agreement with the EU, are only a small part of it.

On the other hand, EU financial assistance plays a central role in ensuring political stability in Moldova. Following the approval of €60 million in non-reimbursable aid at the end of 2021 to manage the energy crisis, Brussels has pledged an additional €5 million to support the compensation plan for vulnerable people (NewsMaker, February 2022). In addition, the European Commission has initiated the procedures for a new macro-financial aid of €150 million, the disbursement of which will be conditional on reforms and could begin as early as 2022. Also through the provision of vaccines against COVID-19, the EU and the Member States contribute additionally. The more than 1 million vaccines received in the form of donations or through the COVAX platform have saved tens of millions of euros to the country's budget. In addition to helping the authorities, the EU is committed to continuing to support civil society while maintaining its position as a key donor. EU-funded projects ensure the functioning of many civil society organisations, which in turn support reforms and provide democratic oversight of governance. In 2022-23, the planned EU budget for Moldovan civil society could exceed €14 million. Taken as a whole, European financial aid allows the government to have a more autonomous foreign policy, in particular in relation to Moscow.

In lieu of conclusions…

For the European integration process to be predictable and effective, it must be translated into measurable actions. The European integration process must also become as inclusive as possible, contrary to some perceptions that it would benefit pro-European elites. Without a clear and inclusive European agenda, the current pro-European enthusiasm in society risks waning, altering the appetite for reforms and slowing exit from Russia's sphere of influence.

The political and financial dimension of the EU's support to its neighbors depends on the intention to reform and the progress in its delivery. The dedication to reform shown by the Moldovan authorities is convincing to the EU, which is increasing its financial assistance in response. With their help, the government can maintain internal political stability and strengthen sovereignty in the geopolitical space.