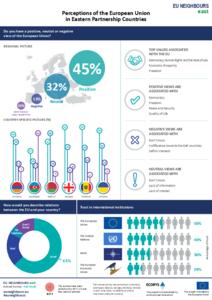 The purpose of the annual surveys is to investigate and understand better the opinion and the level of awareness that the citizens of the EU's Eastern partner countries have about the European Union and the EU cooperation with their country. They cover the following broad topics:

Country specific reports and factsheets are available at the following links: