CEPS is proud to announce that it has won the 2018 Prospect Think Tank Award for the Best European think tank in Global Affairs.

Founded in 2001, the awards are an annual recognition of the important and inﬂuential work carried out by think tanks across the globe. The aim of the Think Tank Awards, one of the most prestigious and oldest awards of this type in the world, is to honour the achievements of the organisations that help to shape public and political thinking on policy questions. 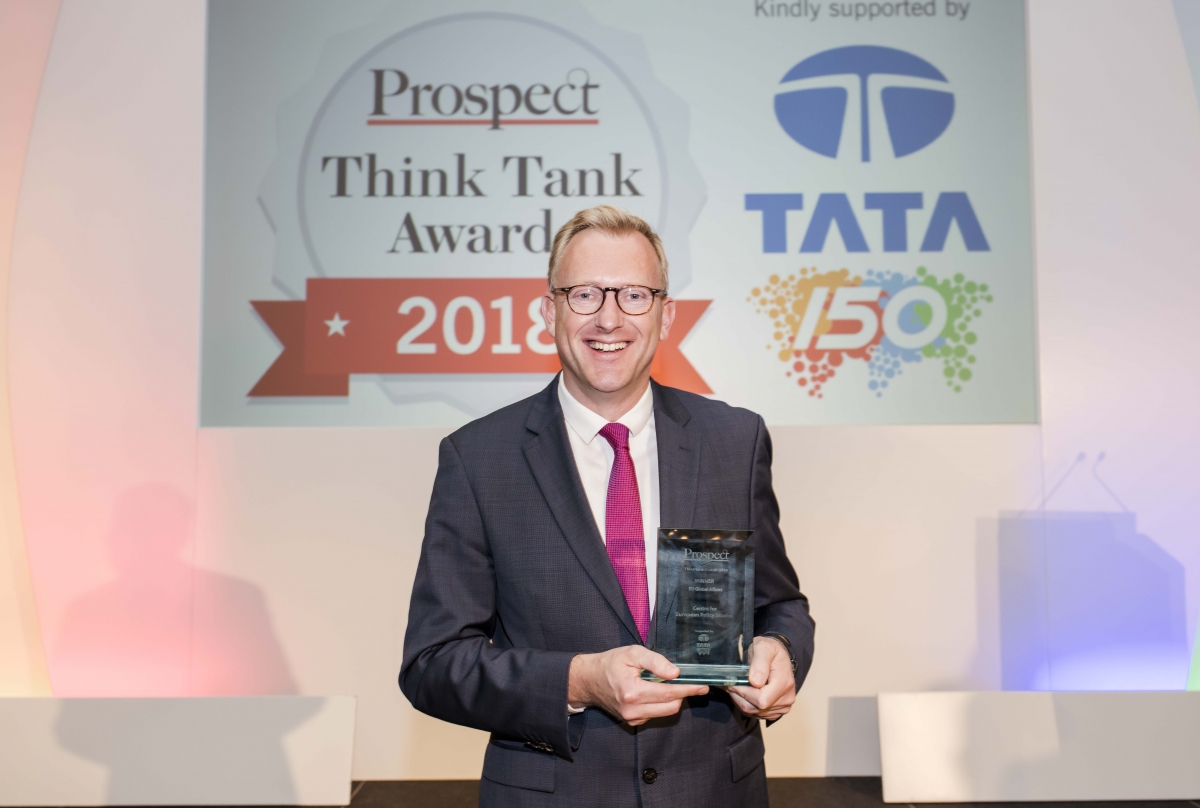 The awards are judged by an independent, cross-party panel chaired by the Editor, Tom Clark that includes, amongst others, Javier Solana, Former NATO Secretary-General and EU High Representative, Pascal Lamy, former Director-General of the WTO and European Commissioner for Trade, Werner Hoyer, President of the European Investment Bank, Tony Barber, Financial Times Europe Editor and Martin Kettle, columnist for The Guardian. The 28 judges consider the quality of research and look for evidence of inﬂuence on public policy and on the public discourse.

CEPS was also shortlisted in the category of Energy & Environment.

Receiving the award on behalf of CEPS yesterday in London, Steven Blockmans, our Head of 'Europe in the World' Unit said, "If Europe wants to be more than just a bystander in its volatile neighbourhood and an increasingly conflictual world, then its leaders need to put more backbone into the Union's strategic autonomy. To be an actor on the world stage requires a stronger common foreign, security and defence policy."

The research work that particularly impressed the judges includes:

For more information on the awards and other recipients, please visit: Think Tank Awards 2018: the full shortlist.