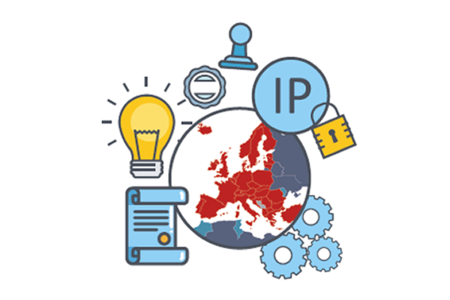 On 9 January, the European Commission has published its biannual Report on the protection and enforcement of intellectual property rights in third countries. It identifies countries outside of the European Union, including Ukraine, in which the state of intellectual property protection and enforcement gives rise to the greatest concern and provides an update of the existing Commission’s list of priority countries, Ukraine being one of these.

Despite the major regulatory approximation that Ukraine committed to in the EU-Ukraine Association Agreement, which entered into force in 2016, only limited progress can be noted in the last two years. A positive development has been the adoption of Law No 2415 “On Collective Management Organizations” in May 2018. For many years, lack of transparency and legal uncertainty undermined the collective rights management in Ukraine. Despite the fact that the law needs to be further amended in order to ensure compliance with international standards, its adoption shows a genuine effort to reform this area.

Concerns and areas for improvement and action

In the area of patents, three draft laws have been submitted to the Verkhovna Rada (the Parliament) in the last two years. These laws would introduce restrictive patentability criteria and deny protection for certain substances (salts, ethers, combinations, polymorphs, metabolites, etc.) and new uses of medicines of known medicinal product. Such exclusions would limit incentives to innovate in order to find more stable forms of compounds with longer shelf lives and dosages, which are safer or reduce side-effects. These draft laws are not in line with international standards and the European Patent Convention.

As regards copyright and related rights, the recent law on collective management organisations raises serious problems in terms of the definition of cable retransmission and tariff setting.

EU stakeholders report that public broadcasting organisations continue not to pay royalties to performers and phonogram producers for the use of their performances and phonograms despite their legal obligation under the Ukrainian copyright law.

Further progress remains necessary as regards IPR enforcement. According to the EUIPOOECD Study on Trends in Trade in Counterfeit and Pirated Goods (2019), Ukraine continues to be one of the four main transit points for fake goods to the EU market. According to the EUIPO-OECD Study on Why do countries export fakes? (2018), Ukraine is a transit point for shipments of counterfeits into the EU especially in the following sectors: foodstuff; watches and jewellery; toys and games; clothing; optical, photographic and medical equipment.

EU stakeholders report that online piracy remains a significant problem and the weaknesses of the current law have resulted in an increase in the number of pirate sites being hosted in Ukraine.

EU stakeholders also report that there are still major problems with the efficiency of customs authorities because there are no adequate facilities to destroy certain types of counterfeit products (e.g. pesticides). Stakeholders point out that even the simplified customs procedure is time-consuming and expensive. In general, there seems to be a lack of effective procedures for the destruction of seized counterfeit products and equipment used for their manufacture. The new draft customs code, submitted to the Verkhovna Rada, contains provisions, which, if adopted, would bring closer the Ukrainian IPR border measures to the EU standards.

The EU-Ukraine Association Agreement requires Ukraine to reinforce its level of IP protection and enforcement. The Association Agreement represents a regulatory approximation of the Ukrainian IP law with the EU acquis in the area of copyright and related rights, trademarks, designs, topographies of semiconductors, patents, plant varieties and civil and border enforcement.

The IPR Dialogue, which has been set up by the aforementioned Association Agreement, forms part of the broader cooperation between the EU and Ukraine in the context of the European Neighbourhood Policy and enables both sides to exchange information on multilateral and bilateral IPR-related issues, on national IP legislation and practices and to identify shortcomings and proposals for improvement. Since the publication of the last report, two IPR Dialogues have taken place.

The EU funded a Twinning Project to assist Ukraine in the implementation of the DCFTA and assists Ukraine in the elaboration of new draft laws on IPR.

The EU has also financed a technical assistance programme to support the development of a geographical indications system in Ukraine. A draft law has already been prepared in the framework of this programme, which will run until 31 August 2020.


According to the "3 DCFTAs" project expert, Veronika Movchan (IER), we will see more progress compared to the report assessment as the report covers events up to 31 August 2019. There were several important laws passed in late 2019 allowing to unblock a part of the USA GSP frozen due to problems with the IPR protection.