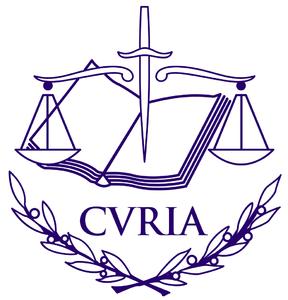 The General Court of the European Union at a hearing on Jan. 25 dismissed an appeal by Russian company Almaz-Antey Air and Space Defense, a state-owned manufacturer of anti-aircraft weaponry — including Buk surface-to-air missile systems — against the freezing of its funds.

“The court finds the (European) Council did not act disproportionately in deciding to freeze the funds of entities supporting, materially or financially, actions of the Russian government that undermine or threaten the territorial integrity, sovereignty, and independence of Ukraine,” reads a statement, published by the European General Court press service (download).

“The Russian authorities have been providing heavy weaponry to separatists in eastern Ukraine, thereby contributing to the destabilization of Ukraine,” read the press service message.

Almaz-Antey’s finances were frozen in July 2014 after the European Council imposed sanctions against Russian companies and citizens judged to have undermined Ukraine’s territorial integrity after Russia’s annexation of Crimea.

Almaz-Antey’s weapons have been used by the separatists, including to shoot down airplanes, the country said. As a state-owned company supplying the Russian armed forces, Almaz-Antey had therefore contributed to the destabilization of Ukraine, the court ruled.

In 2015 and 2016, Almaz-Antey filed several appeals to the General Court to annul sanctions and unfreeze its assets.

The Russian newspaper Fontanka reported in May 2015 that the weapons producer was asking the court to unfreeze assets and lift a ban on importing components from Europe. The newspaper quoted the company’s press service, which said that Almaz-Antey regarded the imposition of sanctions against the company as a hypocritical decision that would not affect the work of the enterprise.

The court threw out all of the appeals, saying such restrictive measures were necessary for the peaceful resolution of Russia’s war against Ukraine, as they would limit the Russian government’s support of the separatists in the war-torn Donbas.

Almaz-Antey is a state-owned company. By manufacturing weapons and military equipment and supplying them to the Russian state, which itself supplies weapons to the separatists in eastern Ukraine, Almaz-Antey materially supports actions that undermine or threaten the territorial integrity and sovereignty of Ukraine, the court said in its ruling.

Finally, the court ruled that the European Council was not required to demonstrate positively that the weapons that Almaz-Antey produced were used in Ukraine by the separatists, pointing out that it is quite difficult to track the exact weapons being used in the conflict zone.

The Russian company now has two months to file a further appeal to the European Court of Justice.

In 2014, a Buk surface-to-air missile system caused two horrible tragedies in Ukraine’s war-torn east.  First, a Ukrainian IL- 76 military aircraft with 49 soldiers on board was shot down, probably by a Buk missile, in June near Luhansk. There were no survivors.

Then in July 2014, a Buk missile hit Malaysia Airlines flight MH17, killing 298 people on board.

Wilbert Paulissen, the head of the Dutch National Detective Force, said during a press conference in September 2016 that investigators had obtained conclusive evidence that the missile system that downed the passenger flight was the Russian-made Buk 9M38.

Although the court said the disaster was allegedly caused by a Buk missile, also manufactured by Almaz-Antey,  it stated that the issue of whether the destruction of that airplane must be imputed to the Ukrainian army or to the separatists is irrelevant, as the incident was not decisive in the reasons given for the freezing of the funds of Almaz-Antey.

“The freezing of funds of such entities makes it possible to achieve the objective of preventing the escalation of the conflict in Ukraine,” the EU court press service said.