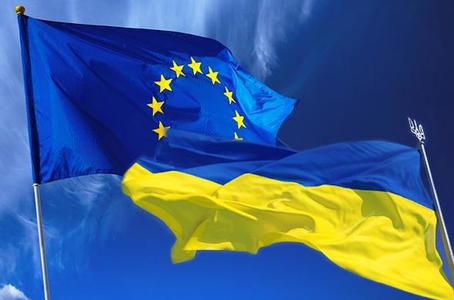 Today, the Association Agreement between the European Union and Ukraine enters fully into force.

The Association Agreement, including its Deep and Comprehensive Free Trade Area (DCFTA), is the main tool for bringing Ukraine and the EU closer together: it promotes deeper political ties and stronger economic links, as well as respect for common European values. The DCFTA provides a framework for modernising Ukraine's trade relations and economic development by opening up markets and harmonising laws, standards and regulations with EU and international norms.

President of the European Commission, Jean-Claude Juncker, said: "Determination is a virtue. Today, in spite of all the challenges, we have made it. With the entry into force of the Association Agreement with Ukraine, the European Union is delivering on its promise to our Ukrainian friends. I thank all those who made it possible: those who stood on Maidan and those who are working hard to reform the country for the better. This is a day of celebration for our European continent."

Federica Mogherini, High Representative of the European Union for Foreign Affairs and Security Policy and Vice-President of the Commission, said: "Today we finally achieve  what we have been working on in the last years: a closer association between the European Union and Ukraine. This means closer ties between our citizens, bigger markets and more opportunities for businesses and entrepreneurs, increased sharing of experience, information and expertise. It shows that we share the same objectives and that the Ukrainian people can count on the European Union's support and cooperation for the years to come."

European Commissioner for European Neighbourhood Policy and Enlargement Negotiations Johannes Hahn said: "Generations of Ukrainian citizens to come will reap the benefits of closer association with the EU. The first concrete results of implementation of the Agreement can already be seen: Ukraine's exports to the EU have increased and the EU has confirmed its position as Ukraine's first trading partner. Ukraine's recent reform efforts have been unprecedented, while much work remains such as in the fight against corruption, which must be pursued. The European Union will continue its support for Ukraine's reform efforts, with both expertise and financial support."

The European Union is unwavering in its support for Ukraine's independence, sovereignty and territorial integrity, as well as the continuing, ambitious efforts of the Ukrainian authorities to reform the country's institutions and economy, which would unlock the full potential of the Association Agreement and bring its full benefits to the Ukrainian people.

Under the Association Agreement, Ukraine has committed to structural reforms in the areas of democracy, human rights, rule of law, good governance, trade and sustainable development. Enhanced cooperation on environmental protection, social development and protection, transport, consumer protection, equal opportunities, education, youth and culture, industry and energy is also foreseen in the Association Agreement. The entry into force of the agreement will give a new impetus to the cooperation in areas such as foreign and security policy, justice, taxation, public finance management, science and technology, education and digital technology.