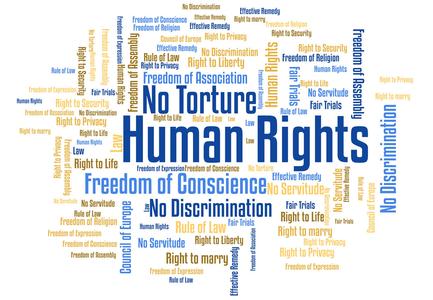 The European Union and Ukraine held their annual Human Rights Dialogue on 20 July 2016 in Kyiv. The EU-Ukraine Human Rights Dialogue was held for the second time as a dedicated full-day event since the start of the provisional application of the relevant parts of the EU-Ukraine Association Agreement. In the agreement, the EU and Ukraine express their mutual commitment to common values, in particular full respect for democratic principles, rule of law, good governance, human rights and fundamental freedoms.

The meeting allowed for a thorough exchange of views on the human rights situation in Ukraine and on the country's commitment to achieving sustainable progress in this area, including increased adherence to international human rights law.

The EU commended Ukraine for adopting the national human rights strategy 2016-2020 and the related action plan and underlined the importance of its implementation. Both sides agreed on the important role of the Human Rights Commissioner of the Ukrainian Parliament and of civil society in strengthening human rights protection in Ukraine.

Discussions covered the developments that have taken place since the last Dialogue in July 2015, on a wide range of issues. Both sides shared their concern over the deteriorating human rights situation in the Crimean peninsula, illegally annexed by the Russian Federation in March 2014. Concerns were raised as well on the persecution of persons belonging to minorities, in particular the continued persecution of the Crimean Tatars, as well as the ongoing human rights violations in the non-government controlled areas in eastern Ukraine. The EU stressed the need to investigate and ensure accountability for all reported human rights violations committed in the context of the ongoing conflict and to ensure full compliance with International Humanitarian Law by all sides. The EU also highlighted the importance of protecting the human rights of internally displaced persons.

The EU recalled that Ukraine has committed to the ratification of the Rome Statute of the International Criminal Court.

Following reports from the Council of Europe's International Advisory Panel issued last year, the EU called for further progress in the investigations into the crimes committed during the EuroMaidan protests and the violence seen in Odesa on 2 May 2014, emphasising the need to swiftly bring to justice those responsible. The EU also raised the issue of preventing ill-treatment and torture and fully cooperating with international bodies to this end.

Both sides noted the improvement of media legislation in line with the freedoms of expression and of the media and the need for rapid and consistent implementation. The EU also underlined the need to ensure the safety of journalists, particularly in the context of violence against journalists and impunity of the perpetrators of such crimes. Both sides deplored today's killing of the renowned journalist Pavlo Sheremet and agreed on the need for a swift investigation.

The EU also critically noted that the publication of journalists' private data on Ukrainian web-sites had occurred. The EU emphasised that more action is required by the authorities in this regard.

Non-discrimination policy was discussed, too, including the rights of LGBTI persons and those belonging to ethnic, linguistic, religious and national minorities, the rights of the child, gender equality and women's rights as well as the reform of the electoral framework.

Additionally, the EU and Ukraine raised continued concerns that a number of Ukrainian citizens still remain illegally detained in Russia. The release of Nadiya Savchenko in May and of Gennady Afanasiev and Yuri Soloshenko in June was welcomed.

The Ukrainian delegation was led by Mr Sergiy Petukhov, Deputy Minister of Justice of Ukraine. The EU delegation was led by Mr Dirk Schuebel, Head of Division for bilateral relations with the Eastern Partnership countries in the European External Action Service. In line with the usual practice, the EU held consultations with representatives of Ukrainian and international NGOs prior to the dialogue.

The next Human Rights Dialogue meeting between Ukraine and the EU is scheduled to take place in the summer of 2017.