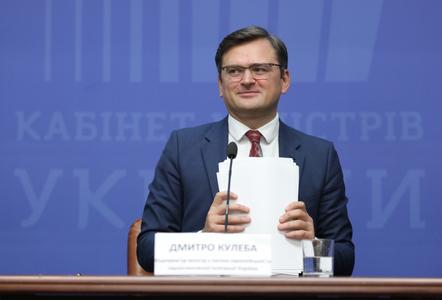 Eurointegration offices will be opened in the regions of Ukraine

It is planned to open European integration offices in the regions of Ukraine. Deputy Prime Minister for European and Euro-Atlantic Integration Dmytro Kuleba said at a briefing.

The main function of these offices is to convey to the people from the regions that European integration is not an abstraction, but concrete steps to empower all residents of Ukraine. Such offices will be an area where Ukrainians will have chance to receive advisory assistance, visit various educational events, find out how for a small producer to find a trading partner from the EU and, in general, learn about all the opportunities offered to citizens as a result of European integration. In addition, there will be provided good quality legal advice on the fundamental principles of European law.

In the first stage, it is planned to open offices in the eastern and southern regions of Ukraine, as it is there, according to the Deputy Prime Minister, educational activities on the values and benefits of European and Euro-Atlantic integration should be carried out. Kherson and Kharkiv will become the first pilot cities.

"The offices will become areas that can be called European space in the regions," Dmytro Kuleba said. European integration is our chance and a tool to show the people of these regions what quality of life we seek and what economic and cultural opportunities we create for them as a Government. And why is it much more interesting than what the "Russian world" offers them. Usually, where Europe comes, Russia leaves," the Deputy Prime Minister added.

Source and photo credit: The Cabinet of Ministers of Ukraine