Expert-Grup: Against a difficult economic and political background, the EU succeeded in strengthening its position as the main selling market for Moldova

The Independent Think-Tank Expert-Grup in partnership with the Centre for European Policy Studies (CEPS) from Brussels organized the conference “Possibilities and obstacles to systemic changes in Moldova, Ukraine and Georgia in the context of Association Agreements” held on the 29th and 30th of November in Chișinau. The first launching conference focused on larger public, including the decision makers. The Academy of Economic Studies of Moldova hosted the second event and gathered the students and academia representatives. The two conferences took stock of the progress registered in the 4 years of implementation of the provisions of the Association Agreement and shed light on the most important trends and challenges faced by Moldova. In the framework of the conferences there have also been launched two books that reflect the most recent evolutions in the implementation agenda of the Association Agreement: the second edition of the Handbook "Deepening EU-Moldova relations: What, why and how?" and "The Struggle for Good Governance in Eastern Europe”, written by experts from Moldova, Ukraine, Georgia and the EU member states. 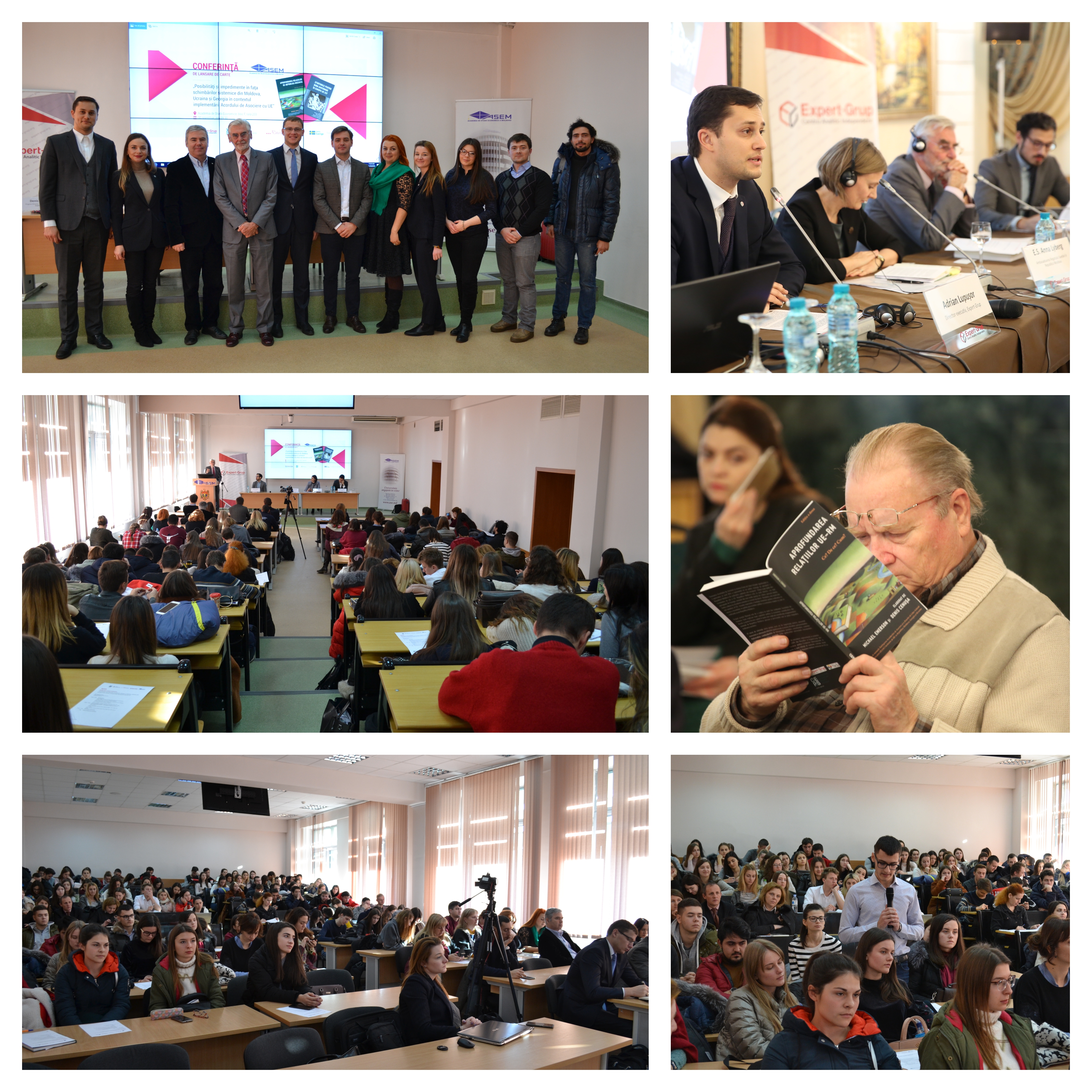 Denis Cenușă, program director at Expert-Grup, editor and co-author of the publications, mentioned in the opening speech the following: “Considering the abusive exploitation of the geopolitical fears, witnessed in the recent electoral and post-electoral context, the European integration vector and its sustainability is a subject gaining greater importance. In this regard, the Association Agreement with the European Union requires most accessible and innovative dissemination to the public. Like most complex legal texts, it cannot be read like a book. Therefore, the purpose here is to make it possible for anyone to understand what each chapter of the Agreement means, in terms of both the nature of the commitments that the parties take on and the prospects for their implementation.” “In contrast, to the version launched two years ago, the purpose of the second edition of the handbook is to move beyond explaining the Agreement, and to give an account of how it is being implemented and to offer some preliminary evaluation of the process”, added Denis Cenusa.

CEPS Senior Research Fellow Michael Emerson, while presenting the book "The Struggle for Good Governance in Eastern Europe", stated that: "this book is about the political struggle underway in three countries in Europe’s Eastern neighbourhood – Georgia, Moldova and Ukraine – that have made what they call their “European choice”. The struggle is about their political and economic transformation, from being post-Soviet states into being part of “normal Europe”. The struggle is most fundamental in political terms, to become European-style democracies based on the rule of law, limited corruption and the limited involvement of oligarchs".

During the event, the speakers of the two panels brought into discussion the economic impact of the DCFTA on Moldovan. Adrian Lupusor, executive director of the Independent Think Tank "Expert-Grup" presented the dynamic of the DCFTA. The expert noted: "Moldova’s trade structure has already begun to diversify substantially in favour of EU markets, mitigating the losses from the trade embargo imposed by Russia. On the positive side, macroeconomic growth has resumed after a period of seriously damaging economic shocks. Exports to the EU are also growing quite rapidly and now account for 66% of the country’s total exports, as the DCFTA begins to take effect. There are, however, some difficulties on harmonizing national legislation to the EU regulations and several fundamental deficiencies related to the implementation capacities of the public and private sectors. Also, progresses that are extremely necessary for productivity and living standards are stagnant due to serious failures of government and the rule of law".

The expert also added that the fears and speculations over the invasion of EU’s agri-food goods have been shattered. "The import of agri-food products from the EU registered a sharp decline immediately after the entry into force of the DCFTA, with a subsequent dynamism, although in the reference period the statistics indicated a decrease of 4%. The increase in the imports of non-agricultural products from the EU was influenced, on the one hand, by the needs of the national industry and, on the other hand, by the diminution of re-exports together with the introduction of import restrictions by the Russian Federation towards the EU. At the same time, the most significant impact was highlighted by the decrease in international oil prices. Under these circumstances, the non-agricultural imports from the EU declined by 15% during the reference period".

You can watch the live stream video of the double book launch conference and the discussion at the Academy of Economic Studies of Moldova.

The events were organised within the project "Understanding the Association Agreements and the Deep and Comprehensive Free Trade Areas (DCFTAs) between the EU and Ukraine, Moldova and Georgia" carried out with the financial support of the Swedish International Development Cooperation Agency (Sida). The project is coordinated by the Centre for European Policy Studies (CEPS) and implemented in partnership with the Institute for Economic Research and Policy Consulting (IER) in Kiev, the Reformatics Policy Consulting Center in Tbilisi and the Expert-Grup Think-Tank in Chișinău.