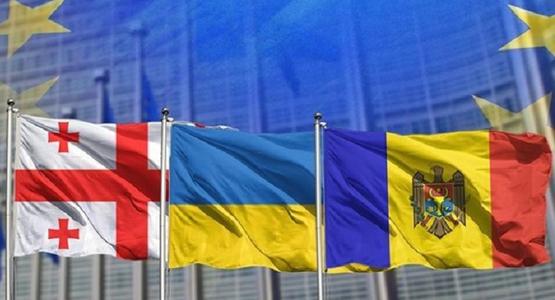 Heads of MFAs of Ukraine, Georgia and Moldova jointly addressed the EU on importance of ambitious support for the EaP

On the margins of the Munich Security Conference the Ministers of Foreign Affairs of Ukraine, Georgia and Moldova have signed a joint letter to the Members of the European Commission regarding importance of relevant financial support for the Eastern Partnership in the next EU Multiannual Financial Framework for 2021-2027 that is currently being shaped by the EU institutions.

The Foreign Ministers of the three Associated Partners called on the EU to take into account within its strategic budgetary planning for the next 7 years the scale and ambitions of the reforms, which are being implemented and planned by Ukraine, Georgia and Moldova in the process of their European integration.

In this regard, the Ministers stressed the importance to ensure in the EU Multiannual Financial Framework increased resources for the needs of the Eastern Partnership states that would correspond to their European commitments and priorities of relations with the EU.

The joint address of the Ministers is another sign of unity of Ukraine, Georgia and Moldova in their approaches to future development of the Eastern Partnership, based on the differentiation principle, as well as to the idea of enhanced dialogue in the «EU + 3 Associated Partners» format.