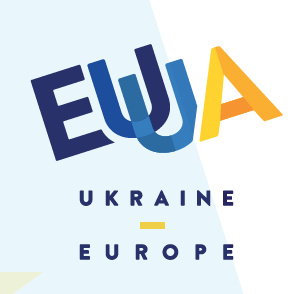 20.11.2019
On November 19, the Speaker of the Verkhovna Rada of Ukraine Dmytro Razumkov and Deputy Prime Minister for European and Euro-Atlantic Integration of Ukraine Dmytro Kuleba announced the creation of a joint parliamentary-governmental platform for European integration.
The platform aims to ensure regular dialogue between the Parliament and the Government on the integration of Ukraine into the European Union, coordination of joint action, both systematic and effective, that bring Ukraine's legislation closer to the European Union’s law.
"The Verkhovna Rada and the Government pool efforts to implement the EU-Ukraine Association Agreement more efficiently and promptly. We will work together on priority European integration issues and elaborate draft laws aimed at bringing Ukraine closer to EU membership", the Speaker of the Verkhovna Rada stated.
In turn, Deputy Prime Minister for European and Euro-Atlantic Integration noted: "The Government has set a goal - Ukraine must meet economic criteria for the EU membership within five years. We spare no effort to achieve this goal, and we express gratitude to the Verkhovna Rada for passing a number of laws that enable us to advance further in this direction. The implementation of the Association Agreement with the European Union is an extremely ambitious task. And in order to ensure effective and coherent implementation, we have decided to create a new engagement mechanism. A parliamentary-governmental platform is a new tool for accelerating Ukraine's European integration."
Within the framework of the platform, the Government and the Parliament will jointly draft and adopt laws critical to ensure the implementation of the Association Agreement (taking into account legislation of the European Union), further sectoral integration of Ukraine into the EU energy and digital markets, strengthening customs cooperation and interaction with the European Union in the sector of justice, freedom and security.
The platform is planned to function in the format of periodic meetings under the joint chairmanship of the Speaker of the Verkhovna Rada and the Deputy Prime Minister for European and Euro-Atlantic Integration. The next step in the joint work will be to shape a roadmap for the Parliament and the Government containing priority European integration bills either submitted for consideration by the line committees of the Verkhovna Rada or planned to submit.
The Government proposed to include bills in the field of telecommunications services, technical regulation, transport, environment, public health, intellectual property and energy in the roadmap. Adoption of these critical draft laws will accelerate sectoral integration with the European Union, spur economic growth, and bring Ukraine closer to the Copenhagen economic criteria.

Source: the Government of Ukraine