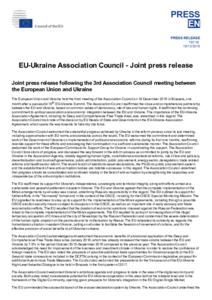 The third meeting of the EU−Ukraine Association Council took place on 19 December 2016 in Brussels.

Following the meeting, the EU and Ukraine adopted a joint press release. 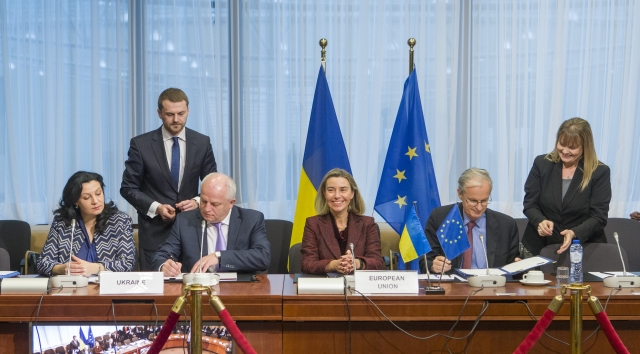 The Association Council discussed relations between the EU and Ukraine, specifically on:

At the beginning of the plenary meeting, the EU and Ukraine signed the following agreements:

The EU also continues to assist the reform process through the support group for Ukraine, as well as through the EU Advisory Mission in Ukraine (EUAM Ukraine), which supports security sector reform. The EU increased its budget for the mission for the period from 1 December 2016 to 30 November 2017 by 17.7%, reaching €20.8 million.