President Poroshenko stressed: "The Supreme Anticorruption Court must significantly strengthen the entire judicial system of Ukraine and become a true pillar for our state in an extremely important area - fight against corruption". He reminded that highly qualified international experts from many countries - former judges and prosecutors from Great Britain, Canada, Denmark, Lithuania, Macedonia - were involved in the competitive procedures. 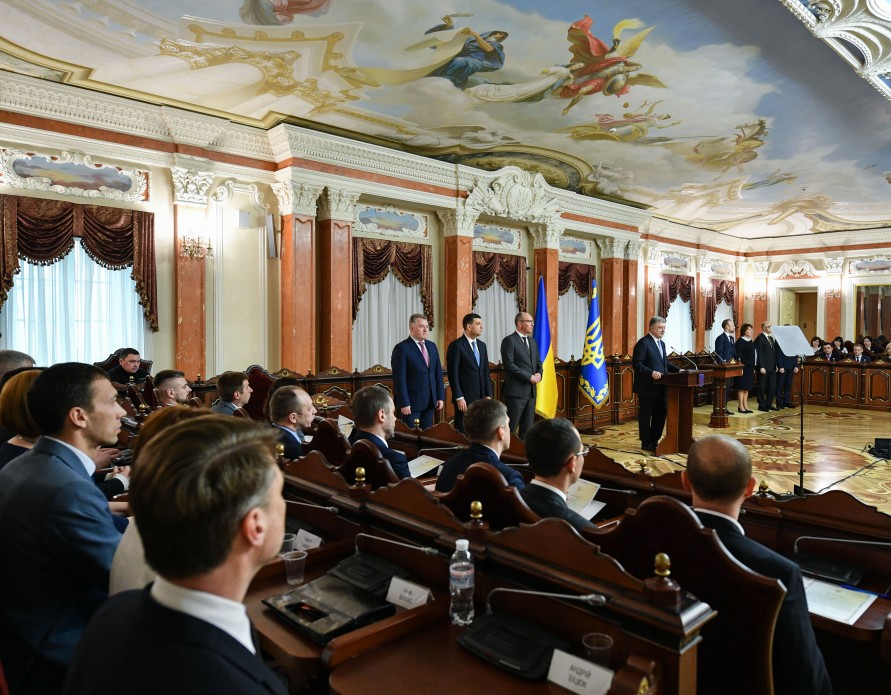 "And for me personally this competition has become a real breakthrough. This selection lasted long seven months. Several hundred candidates: judges, scholars, lawyers. Unprecedented and extraordinary transparency and publicity of each procedure, unprecedented openness. Everyone had an opportunity to watch each stage live," the President said and emphasized that this work had demonstrated high standards for Ukraine. "It is also very difficult to find examples of such a coordinated, transparent and important work during the selection of future judges in the world," he added.

However, legal experts have challenged some of the appointments.

According to several lawyers, one of the new anti-corruption judges, Serhiy Bodnar, has no legal right to be a judge of the court because he had an agreement to represent the interests of President Petro Poroshenko’s Bloc in court in 2017. He denied the accusation. Another new anti-corruption judge is Valeria Chorna. Anti-corruption watchdogs have pointed to her elderly mother buying an apartment with an estimated value of up to Hr 2 million ($110,000) as a sign of possible corruption. Chorna argued that her mother could afford it, providing a document according to which the latter received $143,615 in wages in 2004 to 2014.