On 1 April, the deadline for submission of the asset declarations for civil society activists will lapse. The Ukrainian authorities have not lived up to their commitment. The failure to repeal the extension of this obligation from public officials also to civic activists is contrary to Ukraine's European aspirations. It is contrary to the strong recommendations given by Ukraine's international partners, including the EU (also in the context of monitoring Ukraine's continued implementation of commitments in the visa liberalisation process), the Venice Commission and the OSCE/ODIHR. 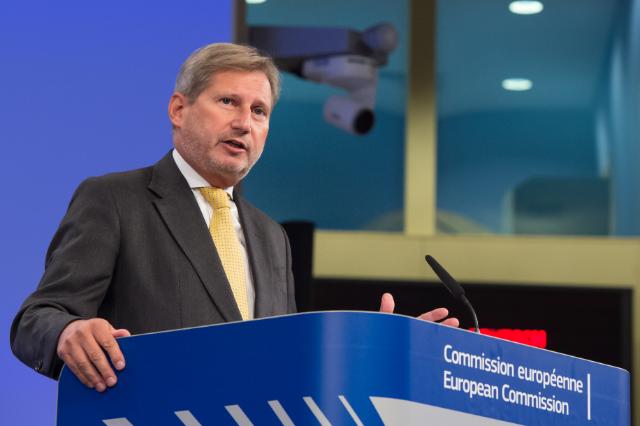 Civil society has been doing an important and courageous work and must be able to play its proper role without undue obstacles and interference. The purpose of the asset declaration system is to help prevent corruption by public officials by exposing potentially unjustified wealth of public officials. Civil society members are not public officials and imposing asset declarations upon them only puts unacceptable and undue burden and pressure on them and will play into the hands of those keen to destroy Ukraine’s efforts to fight corruption effectively.

The EU's relationship with Ukraine is based on common values. Both sides have agreed that respect for democratic principles, human rights and fundamental freedoms constitute the essential elements of the Association Agreement.

Ukraine has made remarkable progress over the past years. It is important not to create setbacks and undermine the progress that has been made. Ukraine's parliament should revert to the issue and lift asset declaration obligations on civil society activists and limit these to public officials as soon as possible. The EU stands ready to provide further support and advice.