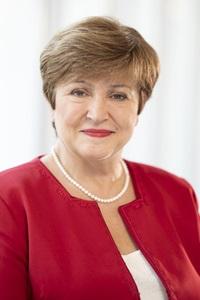 Statement by the IMF Managing Director on Ukraine

Following the call, Ms. Georgieva made the following statement:

“I had a very constructive call with President Volodymyr Zelenskyi today. During our conversation, I commended the President for the impressive progress that he and his government have made in the past few months in advancing reforms and continuing with sound economic policies. I assured the President of the IMF's readiness to support the authorities’ policy agenda to maintain macro-economic stability and lift the economy to a path of higher, sustainable, and inclusive growth, including with a new IMF-supported program. I was pleased to note that IMF staff has reached agreement with the authorities on the policies to underpin a new 3-year, SDR 4 billion (about US$ 5.5 billion) arrangement under the Extended Fund Facility. This agreement is subject to IMF management approval and to approval by the Executive Board, and effectiveness of the arrangement will be conditional on the implementation of a set of prior actions. The President and I agreed that Ukraine’s economic success depends crucially on strengthening the rule of law, enhancing the integrity of the judiciary, and reducing the role of vested interests in the economy, and that it is paramount to safeguard the gains made in cleaning up the banking system and recover the large costs to the taxpayers from bank resolutions.”