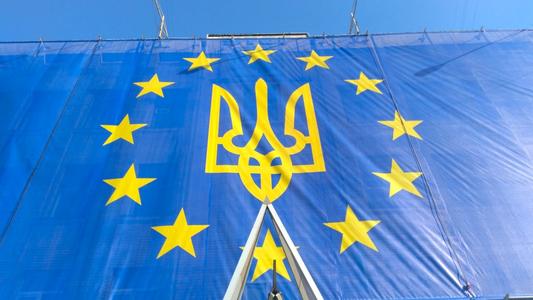 The Council of the EU adopts EU-Ukraine association agreement

On 11 July, the Council adopted a decision to conclude the Association Agreement with Ukraine on behalf of the European Union. This takes place on the eve of the EU-Ukraine summit in Kyiv, on 12 and 13 July.

This is the final step of the ratification process through which the EU and Ukraine commit to a close, long-term relationship in all main policy areas. It will allow the full implementation of the agreement as of 1 September 2017.

Most of the Association Agreement is already operational. Many political and sectoral parts of the agreement have been provisionally applied since 1 September 2014, while its trade part, the deep and comprehensive free trade area (DCFTA), has been provisionally applied since 1 January 2016. The conclusion and entry into force of the agreement will now give a new impetus to the cooperation in areas such as foreign and security policy, justice, freedom and security (including migration) taxation, public finance management, science and technology, education and information society.

In 2014, the European Union and Ukraine signed an Association Agreement marking a new state in the development of EU-Ukraine relations. The Association Agreement is the main tool for bringing Ukraine and the EU closer together: it promotes deeper political ties, stronger economic links and the respect for common values. The economic part of the agreement, the DCFTA, offers Ukraine a framework for modernising its trade relations and for economic development by opening up markets and harmonising laws, standards and regulations in various sectors. This will help align key sectors of the Ukrainian economy with EU standards.

On 15 December 2016, the European Council reconfirmed its commitment to the conclusion of the EU-Ukraine Association Agreement and clarified the understanding of a number of aspects of the agreement. The decision by the EU heads of state and government paved the way for all EU member states to confirm the ratification of the agreement.