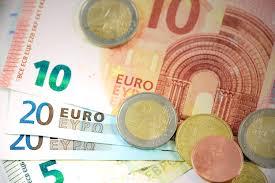 Ukraine: Council endorses agreement on a further € 1bn in loans

On 29 May 2018, EU ambassadors endorsed, on behalf of the Council, an agreement with the European Parliament on a new package of macro-financial assistance for Ukraine.

A further €1 billion in loans will cover Ukraine’s financing needs over a period of two and a half years. The loans will support economic stabilisation and a programme of structural reforms, supplementing resources provided by the IMF and other donors.

The IMF has identified a $4.5 billion financing gap for 2018 and 2019, going over and above funding committed so far by the international community.

Macro-financial assistance is an exceptional form of financial aid that the EU extends to partner countries with balance-of-payments difficulties. This is the third operation for Ukraine since 2014. The EU additionally provides assistance under its neighbourhood policy.

The EU pledged €1.6 billion of macro-financial assistance in 2014 and €1.8 billion in 2015, of which Ukraine received €2.81 billion. A €600 million instalment was cancelled in January 2018 due to incomplete compliance with the conditions set.

Ukraine is part of the EU’s Eastern Partnership. An EU-Ukraine association agreement, which includes free trade provisions, entered into force on 1 September 2017.

The further disbursements will be conditional on Ukraine respecting democratic mechanisms and the rule of law, and guaranteeing respect for human rights. They will be subject to economic policy and financial conditions, focusing on structural reforms and sound public finances and including a timeframe for their fulfilment. The conditions will be laid down in a memorandum of understanding between Ukraine and the Commission.

The Commission will be responsible for disbursing the macro-economic assistance. The Commission and the European External Action Service will monitor the fulfilment of the conditions.

Joint statement on the preconditions.

Parliament, Council and Commission agreed a joint statement in the light of unfulfilled conditions and the cancellation of the third instalment of the previous programme.

Further macro-financial assistance will be conditional on progress in the prevention of corruption, as well as on the progress of the IMF programme, the statement reads. The memorandum of understanding will include obligations to strengthen governance, administrative capabilities and the institutional set-up for preventing corruption.

Upon each disbursement, the Commission will report publicly on the fulfilment of the conditions, in particular those concerning the prevention of corruption.

The European Parliament and the Council will be called on to adopt the decision without further discussion.

The Council requires a qualified majority. (Legal basis: article 212, paragraph 2, of the Treaty on the Functioning of the European Union.