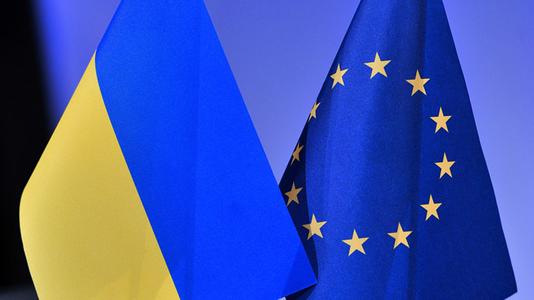 Following two years of declining trade, due to external aggression, a global decrease in commodity prices and severe economic crisis, exports from Ukraine to the EU began to increase again in 2016, by 3,7% in 2016n (to a total of 13,5 bn$). This performance should be seen against the backdrop of the continued decline in Ukraine's exports to the rest of the world (i.e. excluding the EU), where exports fell by 8,9%. The decline in exports to Russia have continued to decrease sharply, by 25,6%, largely as a result of measures Russia has taken against Ukraine to restrict trade.

As a result, the EU is now by far the largest export partner of Ukraine, representing 37,1% of Ukraine total exports in 2016. (Ukrainian exports to Russia represent now only 9,9% of the total). Taking into account imports, total trade between Ukraine and the EU has increased by 8,1%.

This change in trade patterns is evidence that the DCFTA is having a positive effect. More trade means more jobs and economic growth. Already after one year many of the EU's import tariffs have been lowered for Ukrainian goods (and in many cases already brought to zero) and Ukrainian agricultural exports already benefit from tariff-free quotas, meaning duty free exports of several agricultural products up to a certain limit. After that limit, for the specified agricultural products, import duties must be paid. But there are no quantitative limits imposed by the EU on any Ukrainian exports.

On the other hand, the increase in trade remains moderate so far. A more substantial boost to trade between Ukraine and the EU will come only later, progressively. The DCFTA is to be implemented in full over the course of following 7 years - a period foreseen in the Agreement. In particular, Ukrainian exports will benefit from the alignment of Ukrainian regulations and standards with EU one. This deep integration of food and consumer safety legislation, and harmonisation of standards for industrial, agricultural and consumer goods, will open up the EU market much more than the decrease in tariffs. This however requires a significant effort by the Ukrainian authorities to press ahead with reforms as quickly as possible.

The Association agreement is a tool that both the Ukrainian government - through legislative and institutional changes – and businesses – through modernisation and adaptation – need to seize. The EU continues to stand side-by-side with Ukraine in that process. A large part of EU assistance to Ukraine is targeted at facilitating the implementation of reforms that are foreseen by the agreement and which will deliver sound, sustainable and substantial benefits to the Ukrainian citizens.