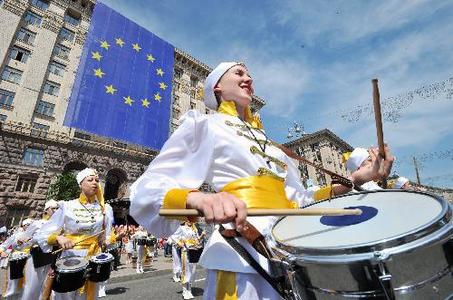 The European Commission recommended to the EU Council and Parliament on 18 December the liberalisation of visas for Ukraine (as also for Georgia, and more precisely in both cases the scrapping of requirements for short-term 3 month visas for the Schengen area).

On 1 January 2016 there were multiple developments for Ukraine's trade policy. First, the DCFTA went into force provisionally (pending completion of ratification by all EU member states), meaning that the EU scraps almost all tariffs for imports from Ukraine immediately, whereas Ukraine begins a multi-year dismantlement of the tariffs for its import tariffs from the EU, and implementation of many other trade-related measures under the DCFTA. This takes over for the temporary regime of the last year, when the EU unilaterally removed many tariffs. Second, Ukraine scrapped the exceptional emergency import surcharges that it imposed in 2015. Third, Russia moved in the opposite direction by cancelling its free trade agreement with Ukraine, replacing this with their non-preferential WTO/MFN tariff schedule. Russia also threatens to introduce visa  requirements for Ukrainian visitors.
In the meantime, Ukraine has stopped importing a range of goods from Russia including meat, fish, and dairy products as well as vegetables and fruit after Russia imposed a similar ban on the 1st of January.