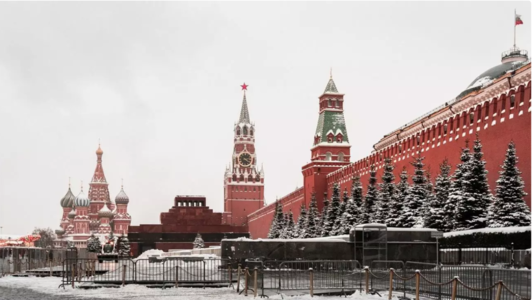 Language, as in the above title, would today be decried by the Kremlin’s propaganda machine as Russophobic hysteria. Tomorrow, it may be a brutal, tragic, objective reality. When it comes to war, all parties must decide where they stand. For Ukrainians it will be to fight, surrender, or flee abroad; for others, the choice is to support Ukraine, or Russia, or stay neutral.

For those who want to reflect on these choices there comes a new volume of scholarly articles from the Baltic Defence College in Tartu published in ‘A Restless Embrace of the Past’, edited by Sandis Sraders and George Spencer Terry (and free to access). The contributions come from a balanced set of authors, some Westerners, some off-shore Russians, some Russians at home.

Maria Snegovaya gets the book off to a crucially important start under the theme of ‘towards butter not guns’. Opinion polls inside Russia are reviewed, with key contributions coming from the still surviving Levada Center, which posed the following question:

“Would you prefer Russia to be first and foremost:

In March 2014, when Crimea was annexed, the great power option peaked at 48 %, narrowly overtaking the alternative at 47 %. But the story has progressively changed in favour of the standard of living option, which by August 2021 had reached a large 66 % majority, double that for the great power option at 32%. To the frequently asked question ‘why threaten Ukraine now?’, there are several answers, one of which is this data suggesting that time is not on Putin’s side in domestic public opinion.

A supporting argument is presented by Sandis Sraders and Georgie Spencer Terry to the effect that Russia’s current military great power status has only ‘a decade or so’ to run, given the growing relative weakness of its economic base compared to both the US and China. Richard Sakwa, for his part, is warning that Putin’s political and administrative control system is not as stable and sustainable as is often supposed.

Several contributions review key developments in Russia’s foreign and security policy discourse, narratives and strategies, all of which combine to supply the intellectual infrastructure and populist basis for Russia’s military assertiveness. For Havard Baekken, it is not guns or butter, but ‘guns and glory’. While the glory and sanctity of the Great Patriotic War remain a genuine element of societal cohesion, the current efforts at sustaining militaristic sentiment and training have been targeting youth, as seen in school curricula, military-patriotic education and military-patriotic clubs. This goes alongside increasing difficulty in recruitment to the armed forces, for demographic as well as societal reasons.

Liia Vihmand-Veebel writes on Russian hostile narratives, including ‘master narratives’ that can be deeply embedded in popular culture. ‘Russophobia’ is one example, which can be heard in many speeches by Putin and his foreign minister Sergei Lavrov and their respective spokespersons Dmitry Peskov and Maria Zakharova. Veebel identifies four ‘main plots’ in the Kremlin’s propaganda narratives: The West is no better than Russia, as Afghanistan has shown; that Russia is not alone in its opposition to the West; that NATO is aggressive and Russia is its victim; and that life in Soviet Estonia was at least as good, if not better, than in Estonia today.

Irina Lantsova writes that Russia does not have many true allies, quoting Putin in 2017 that ‘Russia has only two allies: its army and navy’. But Russia’s elite is not worried about this, since (in Lantsova’s view of how the Russian elite think) ‘alliances are characteristic of international politics in the West’, while non-Western countries can make use of looser cooperation.

Related are contributions analysing Russia’s strategic foreign policy narratives. Anton Barbashin traces the evolution of Russian ‘grand foreign policy visions’ that have moved across the stage over the last three decades, from ‘Greater Europe’, to ‘Greater Eurasia’, and to Russia’s ‘Asia Pivot’. Since none of these have been convincing, the focus now is on Russia as a ‘besieged fortress’.

Alexander Lukin addresses the crucial issue of what has happened to the international order, and what it should become. In his view, the existing US-led international order has floundered because the West failed to see that its model had reached its cultural and civilizational limits. Worse, the West generates global conflicts by its attempts to impose democratisation on people unwilling to accept it. The so-called ‘rules–based international system’ never existed except as a utopian vision. He goes on to dismiss critiques that Russia is seeking to restore the frontiers of the former Soviet Union. Russia is only, in such cases as Georgia in 2008 and Ukraine in 2014, responding to attacks on its vital interests with counterpunches of limited territorial extent. Having dismissed Western conceptions of international relations he feels quite reasonably obliged to outline his thinking on a new ‘post-Western international order’, as indeed the Kremlin is constantly advocating. What then should this consist of? ‘We need a new International Concert, similar to the Concert of Europe which was based on a general accord among the Great Powers of 19th century Europe following the Napoleonic Wars and was created to maintain the European balance of power and the integrity of territorial boundaries’. So, there we have it, back to the 19th century we go.

Is there no light at the end of the tunnel? Andrey Makarychev espouses the idea that the new global priorities posed by the Covid-19 pandemic and climate change could and should fundamentally change the global agenda, away from 19th century Realpolitik and on to new regimes of international cooperation of existential importance. He notices that within Russia there is currently a lively debate on these issues, with a real diversity of opinions tolerated in these sectors of policy. Therein lies an opportunity to remodel Russia’s international discourse. Of course, there is the big inconsistency of time horizons, with Putin judging that he needs war sooner rather than later, whereas the whole world is taking its time to act upon 2050 climate objectives.

What this volume shows above all is that Putin’s new war, which if it happens would be his fourth after Chechnya, Georgia and Syria, is the product of the psychological state of mind of a leader who seeks to brainwash his people with comprehensive propaganda about the West as an enemy and Russia as a victim. Yet the Russian people increasingly seem not to buy this (as can be ascertained from the Levada data) and fear the consequences of a big conflict. Putin chooses to ignore the fact that the European Union is the most peaceful set of advanced nations on earth, that NATO cannot act without unanimous European support, that European NATO members actually blocked the US pressure for Ukrainian and Georgian membership action plans in 2008 and have not changed their position since then, and finally that Western Europe’s preeminent power, Germany, is the most pacifist of all.

If it is to be war, Putin will learn how hard Ukrainians are willing to fight back, with hybrid Western support. Maybe he overreaches himself, and will suffer the consequences politically, but not before many others will have lost everything.

European leaders, while solid NATO allies, have gone to Moscow to try and avert the worst (most notably President Macron and Chancellor Scholz). Their conversations with Putin have largely remained confidential. However, it would seem clear that the most plausible route to de-escalation is to show Putin that his prime aim to avert Ukrainian accession to NATO is for all practical purposes guaranteed. NATO enlargement is simply not on the agenda. While Ukraine’s right to self-determination is undeniable, and it may indeed have a right to seek NATO accession, it has no right to the unanimous agreement of NATO member states. Ukrainian President Volodymyr Zelensky even hinted himself during a conversation with Chancellor Scholtz on 14 February that NATO accession could be subject to a moratorium to diffuse the crisis.

Suffice to say, it’s all in the mind…. Putin’s mind, that is.