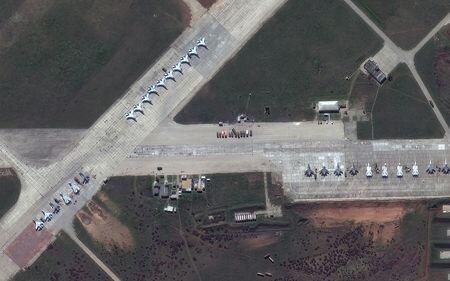 With Russia threatening Ukraine with war, what should the EU do?

Russia’s threat of war with Ukraine, whether for real, for show, or for some undetermined mix of the two, demands a powerful response. While the military-strategic aspect has to be left to the US/NATO, the EU can respond on the basis of its own capabilities in three ways. First, it can invest urgently in phasing out its reliance on Russian gas by diversifying supplies and increasing its strategic reserves, with Germany to make a first contribution by stopping Nord Stream 2. Second, the EU can demonstrably support Ukraine by advancing its integration with the EU in ways that can be readily identified. Third, it can supply Ukraine with large amounts of Covid-19 vaccines, which are desperately needed to boost recovery from the pandemic – as a humanitarian and geopolitical imperative for both parties.

Russia has let it be known that it is currently preparing for war with Ukraine, given four basic facts and realities:

Some Russian think tank commentators are suggesting that Russia has no intention of assaulting Ukraine militarily,[1] but has other objectives, such as moving the spotlight away from Navalny. Its threats and the pressure on Ukrainian President Volodymyr Zelenksy could be a pretence to destabilise Ukraine politically. Alternatively, it is testing the reactions of the new Biden administration, which today is focused on justifying its military withdrawal from Afghanistan.

Another reading of the Kremlin’s possible tactics is that they are essentially opportunistic. Russia’s strategic objectives are evident: to counter the Western and European orientations of former Soviet states such as Ukraine and Georgia by whatever means seem feasible, in a way that would incur only limited costs. The war with Georgia in 2008 succeeded in converting two regions into Russian protectorates. The annexation of Crimea and separation of the Donbas in 2014 was achieved at amazingly low cost to Russia.

At this point, one may assume that Kremlin strategists are waiting for the opportunities that their current threats may create, keeping all options open. For sure, they would prefer to achieve their objective of a compliant regime in Kyiv without military action. But nobody knows what opportunities may arise – not excluding further territorial gains for Russia, if achievable at low cost.

The next question is what Russia’s practical objectives might be. It already occupies the Donbas and Crimea, so where to go from there? A simple scenario advocated by Margarita Simonyan, Chief Editor of Russia Today (and therefore a Kremlin mouthpiece), would be for Russia to upgrade its current hybrid occupation of the Donbas regions through outright annexation, under the slogan ‘Mother Russia, take Donbas back home’, which is what the separatist leaders ask for – i.e. the Crimea model.[2]

A more ambitious scenario militarily would be a pincer movement: move south down the Azov Sea coastline from the Donbas, taking the major Ukrainian port of Mariupol and charging on as fast as possible to join up with another incursion from Crimea. The forces ready in Crimea would have two objectives: first, to move north up the Azov Sea coastline to join up with the forces coming down from the Donbas, and so complete Russian control over the coastline of the Azov Sea; and second, to seize control of the North Crimea Canal, which is currently blocked by Ukraine from supplying water to Crimea. This North Crimea Canal draws its water about 100 km north of Crimea from the Dniepr River, crossing the Kherson oblast. The water shortage in Crimea is severe, and as a casus belli would look good for Russian public opinion. One glance at the map also suggests that the left bank of Dniepr River in the Kherson oblast would make an easily defendable, new de facto border.

But while such operations are presumably among the options being prepared by Russian military planners, maybe the Kremlin is indeed just trying to use its threats to deliver other objectives, preferably without war. If so, what would these objectives be? One might suppose: i) to get the water to flow back into Crimea, and ii) have special status agreed for the occupied Donbas regions.

Stories currently in circulation in the most independent Russian media[3] forecast that the Kremlin will soon present Zelensky with a list of formal demands, including both of the above. This would require capitulation by Zelensky to Russian pressure, which in turn would mean an end to his administration in conditions of political chaos in Kyiv, to be replaced, hopefully for the Kremlin, by a more Russia-compliant one.

But there is no sign that Zelensky is inclined to commit political suicide in this way. On the contrary, he gains the opportunity to get Biden more firmly on his side than would have been the case in a quiet and unthreatening situation. So if the Kremlin were putting on a show in the hope that Zelensky would lose his nerve and be unseated at home, this does not seem to be working. It may even prove counterproductive, by motivating President Biden to become more involved and committed.

If all this is a serious threat, what should the EU and US do? I leave aside the US and military aspects, only to note that Secretary of State Tony Blinken and Defence Secretary Lloyd Austin were both in Brussels at NATO on 13-15 April for a second time, for no obvious reason other than the present one. This could open up the longstanding but dormant question of NATO-EU military collaboration, to be explored.

As for the EU, what could it do, beyond reaffirming its ‘five guiding principles’ for relations with Russia[4]? It should play to its strengths, and avoid pin-prick sanctions that have no (or a counter-productive) effect on Russia. It should act on the basis of today’s realities, and avoid speculation about what to do under hypothetical circumstances. This can justify significant action under three headings, where the EU has powerful capabilities:

[3] For example, Valery_Solovei, on Echo Moskvy.

[9] A proposal along these lines has been addressed by civil society representative of the six Eastern Partnership states to the leadership of the EU, see https://3dcftas.eu/publications/join-letter-of-civil-society-representatives-to-the-leaders-of-the-eu-on-the-vaccination-in-eastern-europe