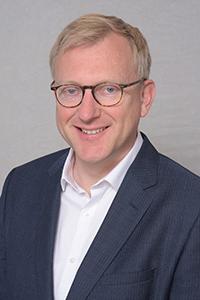 Senior Researcher Fellow and Head of Europe in the World unit

Steven Blockmans is Head of EU Foreign Policy at the Centre for European Policy Studies (CEPS). He is also Professor of EU External Relations Law and Governance at the University of Amsterdam (part-time) and one of the founding members of the Centre for the Law of EU External Relations (CLEER). In his previous capacity as Head of Research at the Asser Institute (The Hague), Blockmans managed a department with 20 researchers who combined academic with contract research. For the past 17 years, Blockmans has worked for the EU institutions and member states’ governments on numerous research and technical assistance projects in the geographical neighbourhood of the EU and in Asia.  Blockmans is the author of ‘Tough Love: the EU’s relations with the Western Balkans’ (Asser Press/CUP 2007) and the (co-)editor of more than 10 volumes, including ‘The EU's Role in Global Governance’ (OUP 2013) and ‘Differentiated Integration in the EU: From the Inside Looking Out’ (CEPS 2014). He holds a PhD in law from Leiden University.