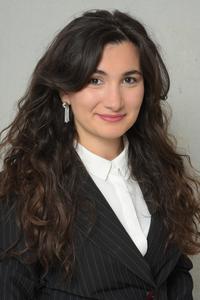 Tinatin Akhvlediani is a Researcher at CEPS’ Foreign Policy unit. Her expertise and publications are focused on ICT and trade. Her geographic area of expertise is Eastern Partnership with a specific focus on the EU’s Association Agreements with Georgia, Moldova and Ukraine.

Before joining CEPS, she worked as a research assistant at the Digital Economy Lab, jointly established by the University of Warsaw and Google, and as an academic assistant at the College of Europe. Since 2017, Tinatin is leading a research project granted by the National Science Centre of Poland on ICT and trade in Central and Eastern Europe. On this topic, she conducted research visits at Indiana University in the United States, Vienna Institute of International Economic Studies in Austria and Shanghai University in China. Her research outcomes have been presented at the international conferences in Europe as well as in Canada, the United States, China and Australia.

Tinatin was named among the most successful graduates of Tbilisi State University and appeared several times in Georgian TV shows and newspapers. Based on her academic achievements and engagements in Georgian activities abroad, she was awarded with several honours, including a Golden Medal from the President of Georgia and an Honour Certificate for Performing an Act of Citizenship in Greece.