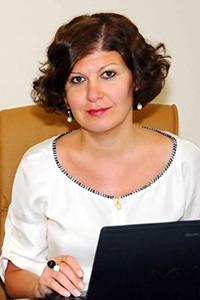 Tamara Kovziridze is co-founder of Reformatics, affiliated scholar with the Free University of Brussels and former Professor at the Free University of Tbilisi. She holds a Master's degree in political science, economics and English philology from the University of Heidelberg, Germany and a Ph.D. from the Free University of Brussels, Belgium. Her research interests include trade policy, economic regulations, ethno-national conflicts, European Integration and federalism. In 2004-2012 Tamara Kovziridze held various senior positions in the Government of Georgia. She was Deputy Minister of Economy in 2004-2008, and Chief Adviser to the Prime Minister and Head of Advisory Group on Foreign Relations in 2009-2012. She participated in planning and implementation of various economic reforms in Georgia. She was Chief Negotiator in Georgian-Turkish negotiations on a free trade agreement in 2006-2007, Georgia’s Chief Negotiator for Russian accession to the World Trade Organization (WTO) in 2005-2011 and Chief Negotiator and coordinator of Georgian-EU negotiations on the Deep and Comprehensive Free Trade Agreement (DCFTA) in 2009-2012.