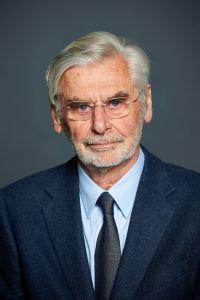 Michael Emerson is an associate senior researcher fellow at the Centre for European Policy Studies (CEPS) in Brussels. University education: Balliol College, Oxford. He is former economic adviser the President of the European Commission, and former EU Ambassador to Moscow (1991-95). At the European Commission he worked on single market issues at the time that Jacques Delors was pushing through its implementation in the late 1980s, publishing "The Economics of 1992 – the European Commission’s Assessment of the Economic Effects of Completing the Single Market", Oxford, 1988, and "One Market, One Money", Oxford 1992. At CEPS he has worked on East European affairs, leading in particular a study that was precursor of the DCFTA, "The Prospect of Deep Free Trade between the European Union and Ukraine", CEPS and ICPS (Kyiv) 2006, produced by a joint European-Ukraine team (including Valeriy Pyatnitskiy); and "An Appraisal of the EU’s Trade Policy towards its Eastern Neighbours – the Case of Georgia", CEPS 2011.